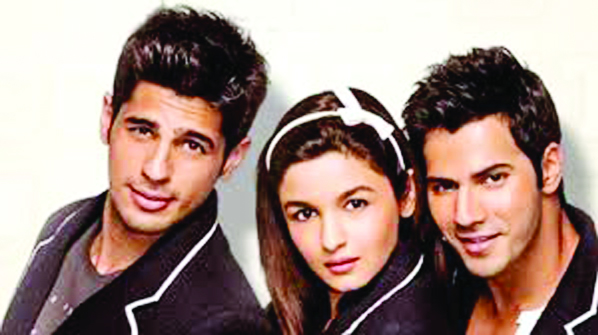 Karan Johar’s Dharma Productions has launched its own digital platform called Dharmatic Entertainment. We hear that Karan is personally looking into the kind of content that is being created for this portal. Karan is known for his larger than life films with a dose of drama, romance as well as complications. And with Dharma Productions now having its own web space we are eager to find out what kind of content will be created for the same. According to our sources, Karan is planning to take the Student of the Year franchise ahead and make it onto a web show.
While the first part of SOTY launched Alia Bhatt, Sidharth Malhotra, Varun Dhawan into Bollywood, the second part had two fresh faces Ananya Panday and Tara Sutaria fighting over Tiger Shroff. Both the parts have kept the youth charged up about this franchise and thus we are sure this news of the franchise being considered for a web show will excite you all. Keep watching this space for more on Bollywood, reports ANI.