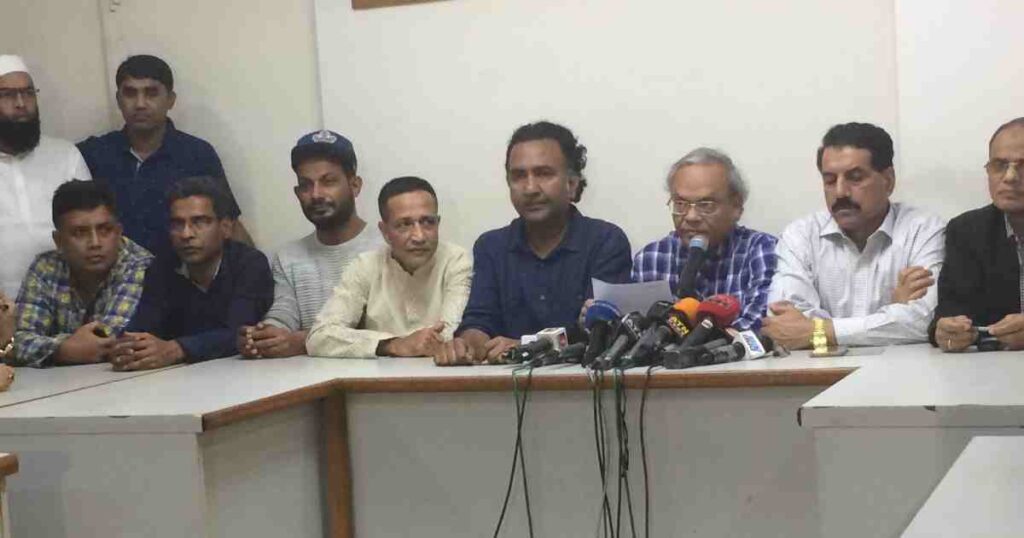 The party announced to stage demonstrations across the country, including in the capital, on Saturday protesting the bail rejection by the court.

As part of the programme, the party will hold a rally in front of its Nayapaltan central office the same day at 2pm.

In its observation, the court said it is possible for the board to provide treatment to Khaleda Zia. “If she wants, the medical board will start the treatment anytime soon. If it’s required, the number of the seven-member board could be increased,” the court added.

Protesting the court order, Rizvi said, “The government’s vindictive policy has exposed through the rejection of bail petition of Khaleda Zia by the High Court. Like the kidnappers, the government has kept Khaleda Zia in jail unlawfully violating her legal rights to realise ransom of illegally staying in power.”

He alleged that the court turned down their chairperson’s bail petition at the ‘behest’ of the government. “I, on behalf of BNP strongly condemn and protest it.”

He said there is a public perception that Prime Minister Sheikh Hasina imprisoned Khaleda in bid to eliminate her arch rival from politics. “That’s why the head of the government has targeted our leader’s (Khaleda’s) illness as weapon to satisfy her vengeance by pushing her towards a grievous situation without giving treatment.”

Rizvi warned that the government ‘must pay a heavy price someday for playing a game over bail and treatment of seriously sick Khaleda by using the court’.

He alleged that different state organisations and constitutional bodies have become repressive tools as people have lost their ownership of the country. “These organisations are thinking that getting blessings of the government by doing its slavery sacrificing their independence is their success.”