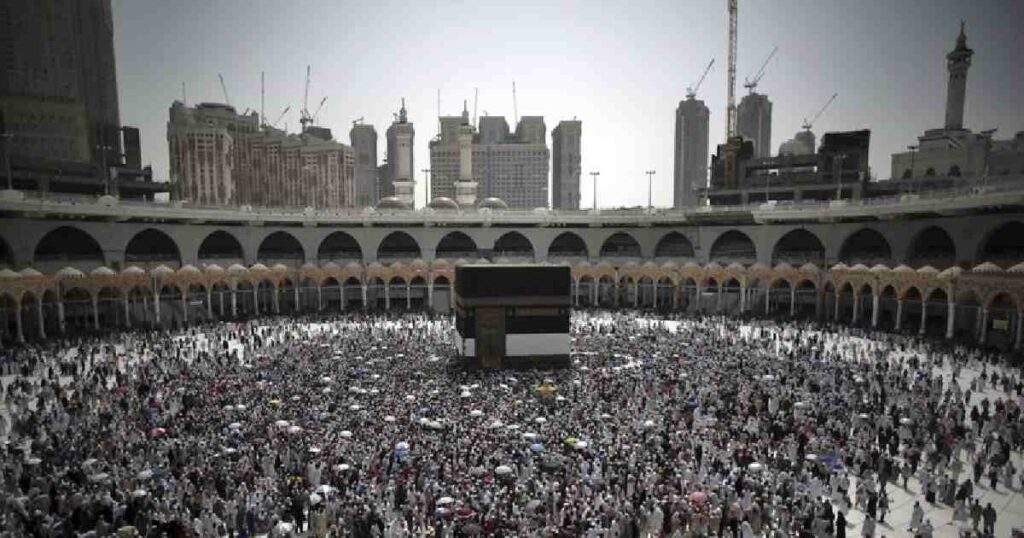 Saudi Arabia on Thursday imposed a temporary ban on Umrah pilgrims to stop the spread of coronavirus in the Kingdom.

Visit to the Prophet’s Mosque in Madinah has also been halted, reports Arab News https://www.arabnews.com/node/1633826/saudi-arabia. Tourists from countries posing a particularly high risk of spreading coronavirus will also be denied entry.

For the time being, Saudis and citizens of Gulf Cooperation Council nations will not be able to use a national identity card to travel to and from the Kingdom. But Saudis returning home and GCC citizens willing to go back to their home countries are exception to this rule.

Nearly seven million Umrah pilgrims visit the Kingdom each year, the majority of whom arrive at airports in Jeddah and Madinah, according to the report.

Talking about loss after the temporary ban, Hajj Agencies Association of Bangladesh (Haab) president M Shahadat Hossain Taslim said it will cost them about Tk 50 crore.

“About Tk 40-50 crore were spent as visa fees and hotel rent which won’t be possible to bring back,” he added.

Meanwhile, Biman Bangladesh Airlines issued a notice saying that people with visit visas and Umrah visas will not be allowed to visit KSA temporarily.

The passengers can take their money back or can travel the country later on condition of seat availability, the notice said.

Work permit or employment visa holders will be able to travel, it said.

Coronavirus, which broke out in China’s Wuhan, has infected more than 81,000 people globally and killed more than 2,700 people.

Saudi Arabia stressed that the restrictions are temporary and urged its citizens not to travel to countries worst affected by the coronavirus.

Seven Saudis were among the latest coronavirus cases in Bahrain and Kuwait.