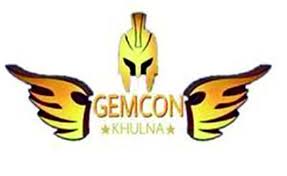 DHAKA – Gemcon Khulna is unfazed by the mediocre performance of their ace all-rounder Shakib Al Hasan as they believe a big player like him will come all guns blazing in the big match.

Shakib Al Hasan who returned to competitive cricket through Bangabandhu T20 Cup following the end of his ICC-imposed ban couldn’t just live up to the expectation as of now. The premier all-rounder of the all-rounder scored just 82 runs and claimed five wickets in eight matches, which is an absolutely poor performance by his standard.

Moreover, the manner in which he got dismissed in every match hurt his fans and the team’s aspiration. Shakib’s performance is one of the reasons for Khulna’s indifferent performance in the tournament even though they finished at top two and thus is going to play the first Qualifier. But while table topper Gazi Group Chattogram amassed 14 points, Khulna finished at second place with just 8 points.

To bring back Shakib in form with willow, the team management even promoted him to the opening position in two matches but he still failed to deliver.

“Everyone knows how important Shakib Al Hasan is for a team,” said Shakib’s teammate Imrul Kayes.

“He has already played all of the domestic T20 tournaments around the world and thereby he has vast experience under his belt. So, despite his off form, Shakib’s inclusion keeps us always ahead of any team.”

As Khulna will take on Chattogram in the first Qualifier tomorrow (Monday) which is a big game, Kayes expected Shakib will come up with a strong performance.

“It’s a T20 game in which momentum can change at any momentum. We can’t click as a team as of now but you know the big players fire in the big matches. So we have a big player like Shakib and we are expecting him to fire when it matters most,” he remarked.BSS