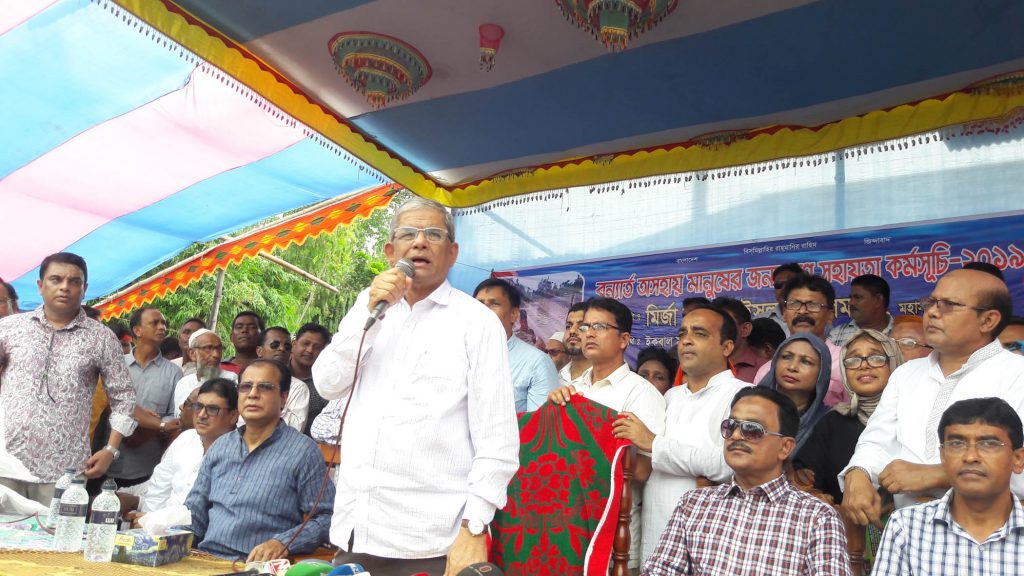 Dhaka, Dec 13 – Many real poor people and farmers missed out on flood relief and Covid-19 incentive due to favouritism based on kinship and political bias.

So, to ensure transparency, the government officials at the Upazila level needs to be directly involved in relief and incentives distribution instead of Union Parishad (UP) chairmen and members.
Speakers said this on Sunday at the online discussion “Covid-19, flood relief programmes and agricultural incentives: Effectiveness of government services” organised by Centre for Policy Dialogue (CPD), Oxfam in Bangladesh, and European Union.
“UP chairmen and members do not distribute relief and incentives properly to the real poor people. They allocate part of it and sell the rest to businesses,” Poverty Elimination Organization Chairman Md Zakir Hossain.
Moniruzzaman Dilu, a Netrokona resident, said: “UP chairmen and members make lists to serve their interest. Their list is based on favouritism and political considerations.”
“A meeting should be held with civil society members of every village before making a list of relief and assistance beneficiaries. Upazila agriculture officers should distribute seeds among ‘real farmers’ as chairmen and members violate their commitment,” Kamal Hossain, a Netrokona-based journalist, said.
Rojina Begum, a UP member of the district, called on the government to raise the incentive for poor from Tk2,500 to Tk5,000. “We got some incentives for 785 people where there are thousands poor in Netrokona.”
“The government also needs to provide seeds to farmers in October instead of December for the sake of proper cultivation.”
CPD Distinguished Fellow Professor Mustafizur Rahman said the commoners should be involved in all the process of relief and assistance activities for the sake of transparency.
“A mismatch is found during relief and incentive distribution due to the lack of a proper database. Transparency and accountability should be ensured while providing relief and incentives.”
Netrakona Deputy Commissioner Kazi M Abdur Rahman said flood and Covid-19 unfolded many challenges before them.
“We took many initiatives to tackle those challenges. The government allocation has been increased in several phases this year compared to the previous one.” – UNB