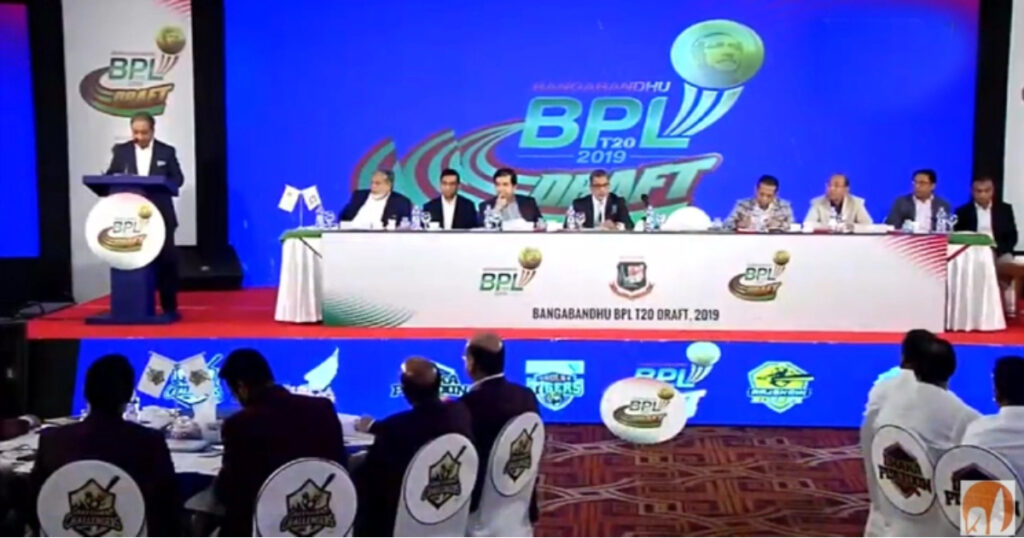 The player draft for the tournament beginning December 11 started at a Dhaka hotel on Saturday evening.Mushfqiur, Mahmudullah, Mustafizur Rahman, Liton Das, Soumya Sarkar were picked by various teams but ODI captain Mashrafe Bin Mortaza was overlooked by all seven participating teams in their first two chances of calling players.

Khulna Tigers got the first chance to call a player and they picked Mushfiqur. Right after him, Dhaka Platoons went for Tamim Iqbal. After that, Rajshahi Royals selected Liton and Chattogram Challengers called Mahmudullah in their set-up.

This year’s BPL is rebranded as Bangabandhu BPL to honour the 100th birth anniversary of the Father of the Nation Bangabandhu Sheikh Mujibur Rahman.

There will be no franchise in this edition of BPL as the BCB said it will run every team this year. However, BCB appointed five teams sponsors who will get several facilities from the board.

A total of seven teams will participate in this year’s BPL. The league is scheduled to kick off on December 11. Before that, an opening ceremony will be held on December 6.UNB