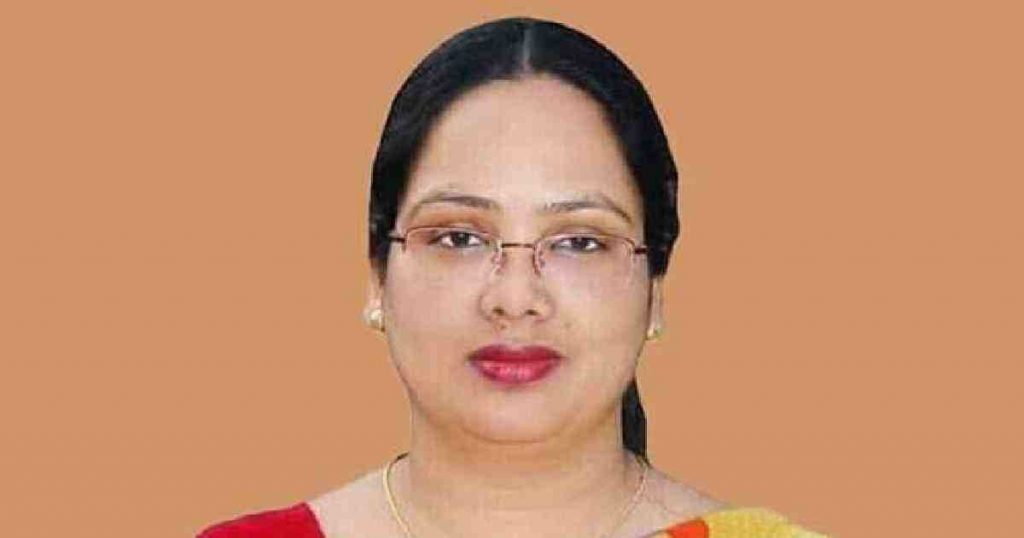 Dhaka March 15 – The Deputy Commissioner (DC) of Kurigram Sultana Parveen would be withdrawn from the district for involvement of misuse of power by arresting a journalist at midnight and sentence one year jail on early Sunday in Kurigram.Not only this, the authorities are going to file departmental case against the alleged DC for misconduct.
The authorities especially the ministry of public administration have taken the decision on the basis of the inquiry report, submitted by the Rangpur divisional Commissioner on arresting journalist Ariful Islam at midnight and sentenced one year in the name of ‘possessing drugs.’
Talking to the reporters at his secretariat office, state minister of Public Administration Ministry Farhad Hossain said that the DC would be withdrawn and file departmental action on the basis of the inquiry report, conducted by an additional commissioner of Rangpur after arresting journalist Arif and sentence one year imprisonment.
“The inquiry committee found in-discrepancies words in her statement on journalist Arif arrest at midnight,” he said.
“We will take action against all the officials, involved in the Arif arrest,” he said and added that the officials tarnished the image of the government and the authorities will never take their responsibilities.
Reply to a question, the state minister said that the journalist Arif has already received bail and the allegations were not proved. And that’s why, the journalist would be proved as innocent soon.
After receiving an order from the DC of Kurigram Sultana Parveen, Assistant Commissioner and Executive Magistrate (Local government Record Room & ICT Section) Rintu Bikash Chakma, in the name of conducting mobile court taskforce. arrested Ariful Islam from his house at midnight and sentenced one-year imprisonment in the name of ‘possessing drugs.’
After hearing the incident, Farhad Hossain had asked the Acting Divisional Commissioner of Rangpur Division to inquire the matter and submit it within 24 hour to the Cabinet Division.
Journalist Ariful had made a report over a renovated pond in the Kurigram town that was being named after the deputy commissioner.
Besides, he also made another report recently over irregularities regarding appointments in the DC office and the DC has expressed her dissatisfaction over the report and threatened to not file any news report further relating to her.
But, Ariful asked DC that he will file many stories about various irregularities of the district administration in future.
After threatening by the DC, a mobile court, set up in the dead of night on Friday, has sentenced one year jail and 50 thousand taka toBangla Tribune and Dhaka Tribune journalist Ariful Islam, after law enforcement members led by magistrates picked him up from his house in Kurigram.
Ariful Islam, Kurigram district correspondent at Dhaka Tribune and online news portal Bangla Tribune, was sent to jail early Saturday, set up at the office of Kurigram deputy commissioner (DC), ended the trial proceedings.The mobile court said they had recovered drugs and alcohol from the journalist’s residence, which his family termed as absurd.
Ariful’s wife MostarimaNitu said a group of people knocked at the door of their residence at around 12.30 am on Friday. Later, seven to eight people in Ansar uniform entered the house by breaking open the door and started beating Ariful.As he asked why he was being physically abused, they again assaulted him.
In a development the High Court yesterday sought a copy of the mobile court verdict to know the offence on which Kurigram journalist Ariful Islam was sentenced to one-year imprisonment.
It ordered the prosecution to submit a copy of the mobile court verdict by today stating whether the arrest and jail sentence of Ariful was legal.
The HC bench comprising Justice Md Ashraful Kamal and Justice Sardar Md Rashed Jahangir came up with the order while hearing on a writ petition filed by Harun Ur Rashid, Executive Editor of online news portal Bangla Tribune, challenging the legality of Ariful’s conviction and subsequent jail sentence.
In the petition, Harun Ur Rashid also prayed to the HC to direct the authorities concerned to give Tk 50 lakh as compensation to Ariful.
The HC bench fixed Monday for next hearing on the petition. – Staff Reporter