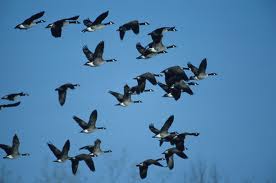 Dhaka, Dec 6 – On the Jahangirnagar University (JU) campus, new dawn, accompanied by a real nip in the air, is welcomed by the sweet songs migratory birds of various species as the winter heralds in Bangladesh.
Like in every year, a huge number of migratory birds have filled the lakes of the university from the early onset of winter in search of a safe habitat and food. Now the JU sky is always hovered over by the migratory birds. These birds have flown from the thousands of miles, away from trembling cold parts, northern hemisphere, and across the globe including Siberia, China, Nepal, Himalayans, Mongolia, Xinxian in search of food and to escape the unbearable cold of the northern countries of the globe, migrate to modest temperature zones.
The colourful water lily, especially the red-coloured in variety, which has begun blossoming in the lakes from the very early, adds the grandeur of the environment here.
Around twelve small-to-medium sizes, lakes are in the area, all adorned with blooming red water lilies, with green forested lands adjacent and different species of fishes form a place to offer a sanctuary for the migratory birds.
The migratory birds accrue mostly at the lakes adjacent to transport yard, in front of registrar’s office building, botanical garden and wildlife rescue centre of the university.
According to the Zoology department of the university, around nine species of migratory birds come to JU every year. Boro Sorali which is known as greater whistling ducks and Chhoto Sorali which is known as the lesser whistling ducks are found more in JU lakes than other species. Moreover, a total of 135 species of indigenous and 69 species of foreign birds out of 204 species are seen on the campus.
Compared to the previous year, a large number of birds has come to these lakes this year. Experts said it is due to the absence of public gatherings for the shut down the university that have given a clam and quiet environment to the birds.
Noted ornithologist Professor Kamrul Hasan of Zoology department said, “A lot of people are coming to our campus, which undoubtedly is a big pride for us. The migratory birds are coming less in recent years due to lack of proper living places and the excessive crowd. Thousands of people gather here every year to enjoy the beauties of birds, but some of them erroneously tease and scream at the birds. These types of behaviours make a disturbance to the birds and as a result, their number has shrunk”, he added.
“This year, a large number of birds have arrived. Now they are seen at the main two lakes near the transport yard and in front of JU administrative buildings. We are very much happy that the numbers of birds increase. It is due to the clam and quiet environment for the lack of crowd and public disturbance as the university has been shut down”, he added.
Last year, the number of birds was less at the major water bodies because of rampant poaching, fish farming in the lake and owing to contamination of the waters. This year, the authorities at JU have made special arrangements for the migratory birds.
As a part of it, the area from Kabir Sarani to Chourangi Point has been declared a sanctuary for migratory birds where billboards, banners and festoons have been installed at different points to raise public awareness about the seasonal habitat of these birds.
In addition, in association with the Zoology department, the university will organise ‘Birds Fair’ at the mid of January featuring various events to raise awareness among the masses of people.
However, to enjoy the beauty of birds and evergreen beautiful campus, a large number of passionate bird-loving people have started gathering on the campus to enjoy migratory birds chirping and fluttering near the lakes.
Aminur Rahman, who has come along with his family from Dhaka said, “I have come to enjoy the birds. I’ve never seen before so many birds flocking together in one place. When yellow-black mixed birds were flying over my head I was stunned! Really, the beauty of this scene cannot be expressed in words”.
Meanwhile, environmentalists’ organization “Save The Nature” urged the university authorities to control public gatherings at the road of lakeside where the people can watch birds.
Taufikur Rahman, Secretary of the organization said, “We are very happy that a large number of birds have come this year. They left the main two lakes because of public disturbance. So, this year we urged the university authority for taking initiative to control public gatherings at the lakeside roads”. – Staff Reporter