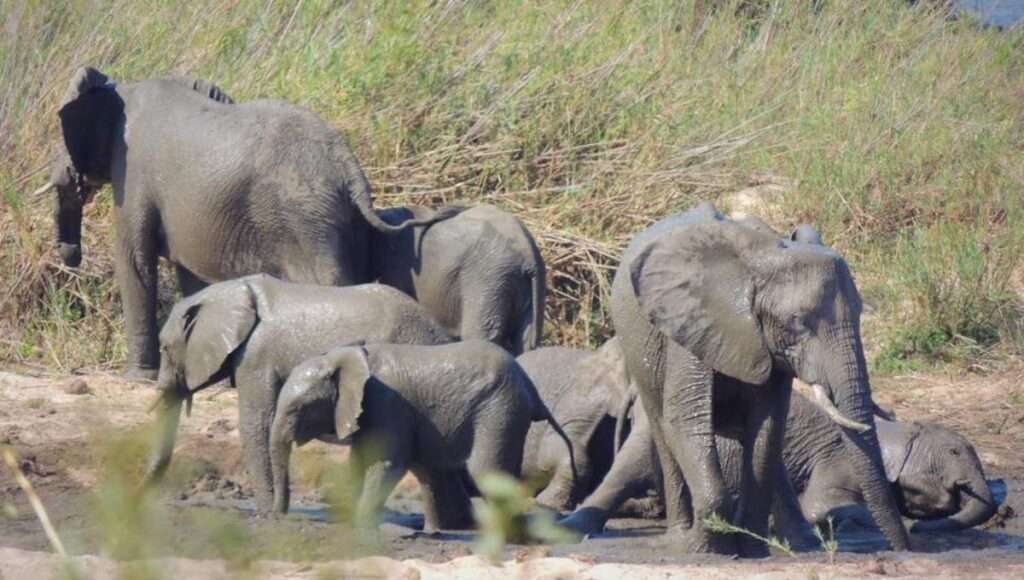 Countries that are part of an international agreement on trade in endangered species agreed Tuesday to limit the sale of wild elephants caught in Zimbabwe and Botswana, delighting conservationists but dismaying some of the African countries involved.
Wildlife experts said a resolution approved by parties to the Convention on International Trade in Endangered Species of Wild Fauna and Flora at a meeting in Geneva was a “momentous win” for elephants because it restricts their sale to zoos.
The European Union tweaked the language of the resolution to reach a compromise that limits exports of live elephants outside of Africa but allows for some exceptions relevant to Europe.
Conservationists explained the change by giving an example, saying it would allow for an elephant already in France to be shipped to nearby Germany without having to be sent back to Africa first.
But the new resolution also means zoos will no longer be able to import wild-caught African elephants to the United States, China and many other countries beyond the elephants’ natural habitat. The resolution passed by a vote of 87 in favor, 29 against and 25 abstaining. The U.S. voted against it.
Animal advocates applauded the move, even though some felt it didn’t go far enough.
“While it is disappointing that it is not an outright ban on trade in live elephants, the new language adds vital independent oversight and scrutiny,” said Audrey Delsink, wildlife director at Humane Society International.
“The capture of wild African elephants for export to zoos and other captive facilities is incredibly traumatizing for individual elephants as well as their social groups,” she said in a statement.
Dozens of celebrities, including actress Judi Dench and comedian Ricky Gervais, had signed a letter to the president of the EU’s executive branch saying it would be “obscene for the EU to endorse snatching wild baby elephants and condemning these beautiful leviathans to a life of captive misery.”
Renowned primatologist Jane Goodall weighed in, too, saying she was “absolutely shocked” at the idea of separating young elephants from their families and shipping them off to zoos.
D.J. Schubert, wildlife biologist at the Animal Welfare Institute, said the VIP lobbying paid off.
“Probably thanks to the celebrities that got involved and all the press attention this initial decision got, the European Union was put in a bit of a box,” Schubert said. “What they ultimately decided to do, to their credit, is they decided to come up with amended text instead of trying to trash the entire decision that was made last week.”
The EU’s action was part of a debate over language at CITES to restrict trade in live elephants to countries with “in-situ conservation programs” or secure areas in the wild — essentially in Africa.
Botswana and Zimbabwe have the world’s largest populations of African elephants, for a combined total of about 200,000.
Some African officials said the new proposal would deny them some much-needed cash and that they should be free to do what they wished with their elephants.
“The government has been pumping out a lot of money for conservation with no real return, yet our government has competing social needs,” said Tinashe Farawo, spokesman for Zimbabwe Parks and Wildlife Management Authority.
“We view our animals as an economic opportunity, so we should sell our elephants.”
Farawo said that Zimbabwe, Botswana Namibia and other southern African countries would meet for consultations following the CITES meeting.
“We cannot continue to be hamstrung and told what to do with our resources,” Farawo said. “We cannot continue to allow powerful countries and NGOs to set the agenda when the elephants are ours,” he said, disputing there was any conservation concern.
“We have too many of them so selling them should not be a problem for anyone. Why should we continue to impoverish our people when we have the resource?”, reports AFP, Geneva.