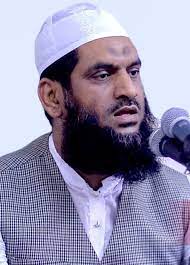 Dhaka, Apr 26 :  A Dhaka court on Monday placed Mamunul Haque, former Joint Secretary General of Hefezat-e-Islam, on a seven-day remand in two separate cases filed with Paltan and Motijheel Police stations.Dhaka Metropolitan Magistrate Sadbir Yasir Ahsan Chowdhury placed Mamunul on four-day remand in a case filed with Paltan Police Station in 2013 while three-day remand in a case filed with Motijheel Police Station.
However, police sought 20-day remand in each of the two cases. Inspector Mohammad Maniruzzaman of Paltan Police Station and Inspector Mohammad Quamrul Islam of Motijheel Police Station made the pleas before the court.
Mamunul produced was produced before the court following the completion of his seven-day remand in a vandalism case filed with Mohammadpur police station in 2020.
On April 18, a joint team of Tejgaon Division police and DMP’s Detective Branch arrested Mamunul from Jamia Rahmania Arabia Madrasah in Mohammadpur.
Mamunul, who has been in the limelight due to some recent controversies, was held with a woman he claims to be his second wife from a resort in Sonargaon on April 3.
Later, Hefazat leaders claimed that Mamunul went to the resort with his “second wife” where locals confined and harassed him before calling in the police, reports UNB.