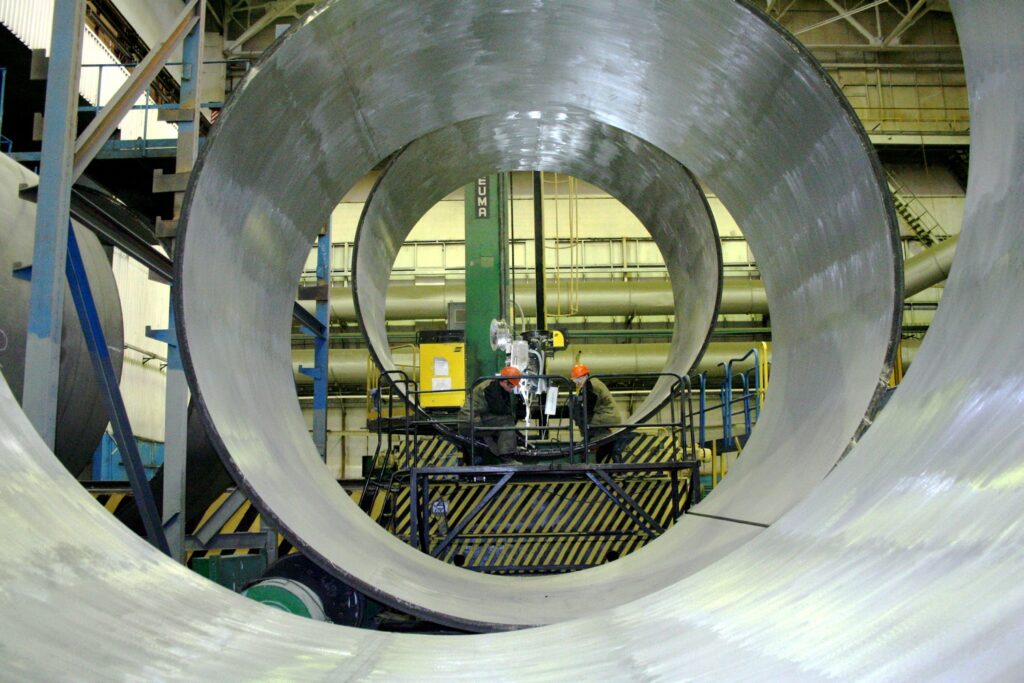 Manufacture of the first body parts of hydro accumulators for passive core flooding system intended for Unit 2 of Rooppur NPP in Bangladesh has been completed. Petrozavodsk Branch of “AEM-Technology” (concern of Atomenergomash, the machine-building division of Russia’s State Corporation Rosatom) is manufacturing the system.
The passive core flooding system is a crucial element of the NPP&#39;s safety system designed to release decay heat in the event of a serious coolant accident in the reactor&#39;s primary circuit. The system comprises eight thick-walled hydro accumulators, each having a capacity of 120 cubic meters. During operation, the accumulators are filled with boric acid solution designated for core cooling.
The body of each hydro accumulator is composed of three shells, each weighing 15.5 tons. Assembled with the in-vessel and bottom components, a passive core flooding system accumulator weighs about 77 tons.
Atomenergomash is the single-source manufacturer for the Rooppur NPP reactor hall and a supplier for most of the turbine island equipment. The division’s branches produce reactors, steam generators, pumping and heat-exchanging equipment.
The Rooppur NPP at Ishwardi in Pabna will have two power units, each of 1,200 MW capacity. The power units will be equipped with both active and passive safety systems, including Molten Core Catcher. Latest 3+ generation Russian VVER 1200 reactors will be used in the first-ever nuclear power plant of Bangladesh. – Press release