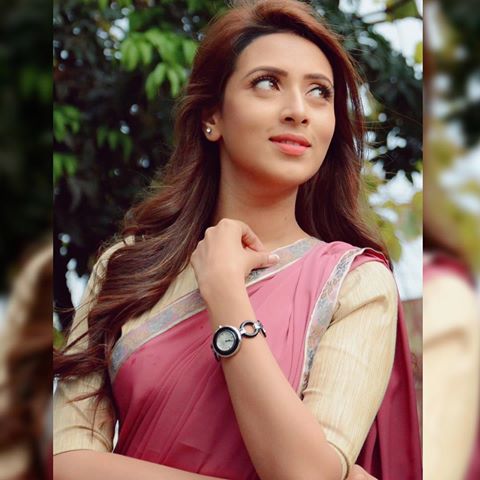 Entertainment Desk
Dhallywood heartthrob Bidya Sinha Mim astounded audiences with her dance performance in item song Lal Lipstick for upcoming film Ami Neta Hobo, directed by Uttam Akash. The video of song, Lal Lipstick, was released officially on Youtube on Thursday by Eksay Movies. Written by Priyo Chattopadhyay and music directed by Akaash, singers Trisha Chatterjee and Akaash gave their voices for the song.
Bangla film superstar Shakib Khan and Bidya Sinha Mim will make a comeback together on the silver screen after years for the film, Ami Neta Hobo. The stars are now in Bangkok for filming of two more songs of the movie. The film is expected to release in February. The Shakib-Mim pair first appeared in film, Amar Praaner Priya, directed by Zakir Hossain, in 2009.