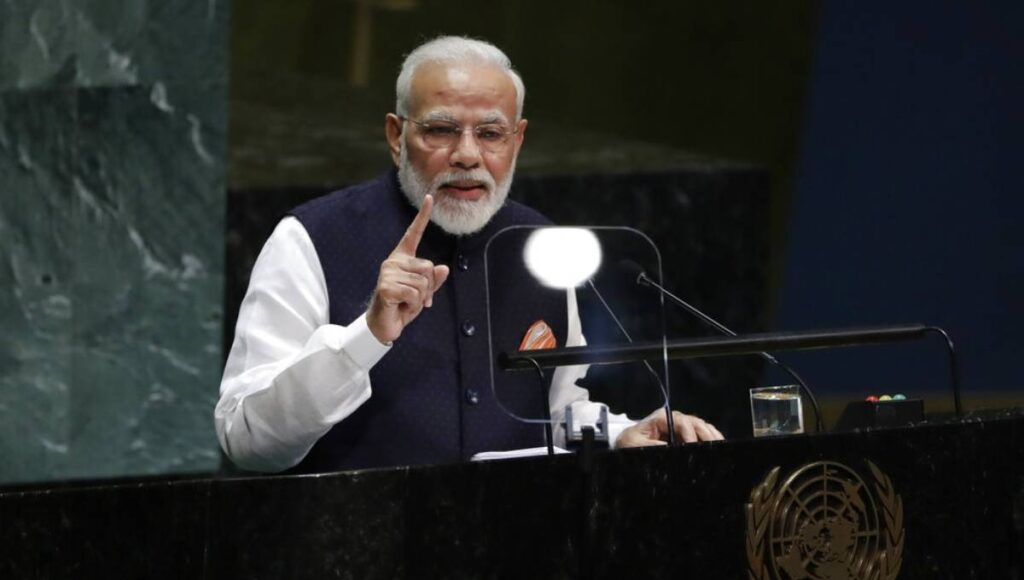 Indian Prime Minister Narendra Modi will join the birth centenary celebrations of Father of the Nation Bangabandhu Sheikh Mujibur Rahman on March 17 next through videoconferencing.He will also send a video message on the occasion, said Indian Foreign Secretary Harsh Vardhan Shringla on Wednesday.
India will also provide 150 ambulances to Bangladesh on the occasion, he said.
After the detection of coronavirus cases for the first time in Bangladesh, the year-long programmes taken to celebrate the birth centenary of Father of the Nation Bangabandhu Sheikh Mujibur Rahman during the ‘Mujib Borsho’ have been rescheduled considering public health.
The grand inaugural ceremony of the birth centenary celebrations scheduled for March 17 next at the National Parade Ground has been put on hold due to the prevailing situation across the world caused by the coronavirus outbreak and it will be held later.
Other celebration programmes will also be observed avoiding massive public gatherings.
The decision was taken at a meeting of the Father of the Nation Bangabandhu Sheikh Mujibur Rahman Birth Centenary Celebration National Implementation Committee at Ganobhaban on Sunday in the presence of Prime Minister Sheikh Hasina and her sister Sheikh Rehana.
The Indian Ministry of External Affairs on Monday confirmed the deferral of Prime Minister Narendra Modi’s visit to Bangladesh scheduled for March 17 following the rescheduling of the programmes.
The Indian government has received a formal notification from the government of Bangladesh in this regard.
“The government of Bangladesh has advised us that fresh dates for these commemorative events will be conveyed later,” MEA Official Spokesperson Raveesh Kumar told media.
Expressing understanding of the circumstances that necessitates this deferment, he said India is ready to work with Bangladesh, as partners, to combat the spread of this disease in their shared neighbourhood.
The impact of this deferment applies also to the large gathering planned for March 17, at which the Prime Minister of India was invited.
Indian Prime Minister Modi was scheduled to visit Bangladesh on March 17 with a bilateral component, reports AFP, New Delhi.