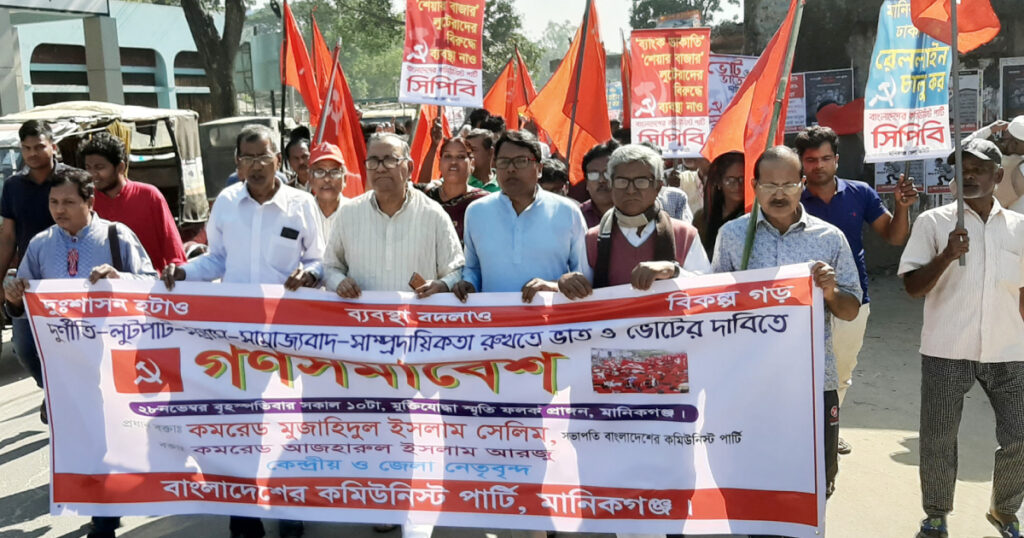 President of Communist Party of Bangladesh (CPB) Mujahidul Islam Selim here on Thursday claimed that money more than the total amount of a national budget was siphoned off from the country in the last 10 years.“The total amount of our national budget is Tk 5 lakh crore but money more than that was laundered abroad in the last 10 years,” he said while speaking at a rally organised by the district unit of CPB at Muktijoddha Monument in the town.
About the government’s claim that the GDP growth has crossed 8 percent mark, the CPB President said, “Why are then 99 percent people middle class and poor? Why are the middle class and the poor losing their wealth?”
He suggested establishing foodgrain silos and sales centres at the union level so that farmers get fair prices for the produce.
Selim also alleged that shady onion traders pocketed Tk 6,000-7,000 crore through syndication.
He said the government has no right to stay in power as what he claimed it has no public support.
Recalling that Bangabandhu Sheikh Mujibur Rahman once told him that Khandaker Mushtaq Ahmed was a very dangerous person, the CPB chief said, “I want to ask the Prime Minister by following whose principle the country is running – Mushtaq or Bangabandhu.” – UNB