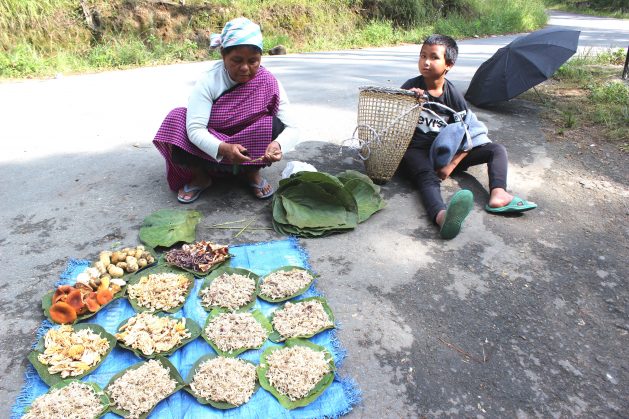 By Manipadma Jena
Shillong, India, Oct 29 2019 (IPS) – The sun has barely risen when Phlida Kharshala shakes her 8-year-old grandson awake. He hoists an empty cone-shaped bamboo basket on his back, sets the woven strap flat across his forehead and off they go into the wilderness. By the time they reach the V-crossing at Mawpat Circle, mothers are walking children to school, while others are on their morning walk. They are all Kharshala’s prospective customers. She quickly lays and smoothens tattered sackcloth on the asphalt and outcome mushrooms from the cone basket. Raw sienna, purple-grey, snow-white, dried white, funnel-shaped