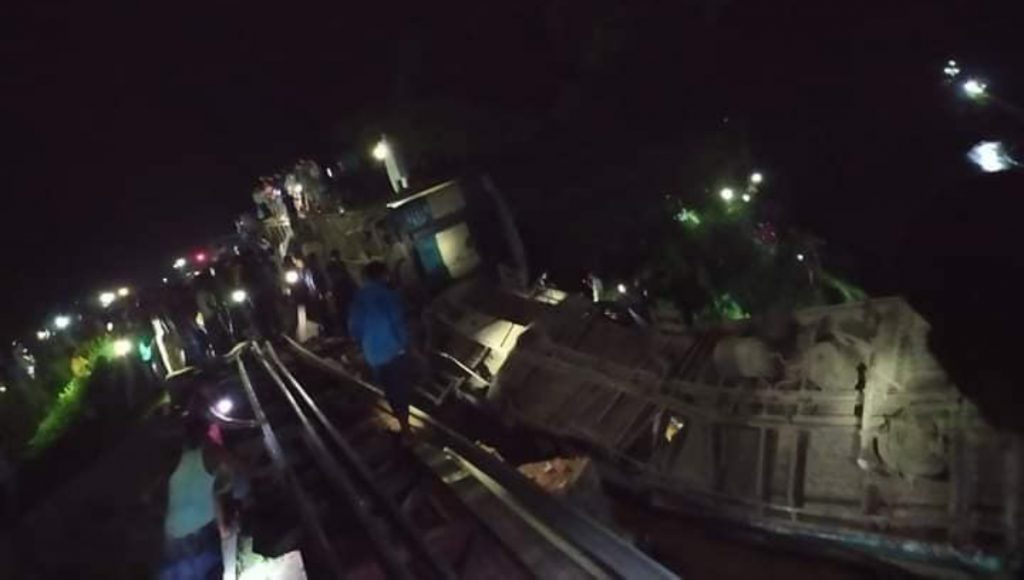 Moulvibazar, June 24 (UNB) – An intercity train derailed at Baramchal in Kulaura upazila on Sunday night, killing at least four passengers and injuring over 200 others.

Yardous Hasan, officer-in-charge of Kulaura Police Station, said six bogies of Dhaka-bound ‘Upaban Express’ train from Sylhet veered off the tracks around 11:40pm after a culvert over the Barochhara Canal, 200 yards off Baramchal Railway Station, broke down.

Two of the bogies fell into the canal and one of them overturned, he said.

Sub-inspector Harunur Rashid, duty office at the police station, told UNB around 1:45am on Monday that they recovered four bodies from the spot.

The accident also snapped Sylhet’s rail communications with other parts of the country, including the capital.