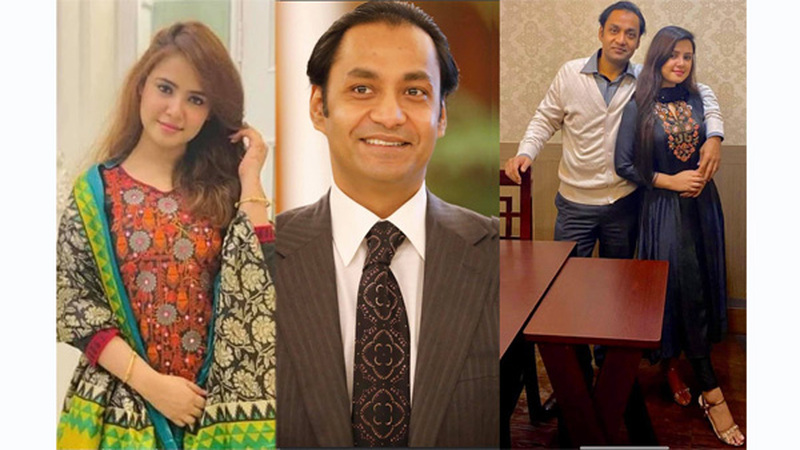 Cumilla, Apr 28 : The grieving family of Musharrat Jahan Munia, whose hanging body was recovered from her rented flat in Dhaka, have demanded exemplary punishment of those responsible for her death.Police on Monday recovered the hanging body of Musharrat Jahan, 21, daughter of late Shafiqur Rahman, a freedom fighter of Monoharpur in Cumilla district, from a flat in Dhaka’s Gulshan area.
Following the recovery of her body, the victim’s sister, Nusrat Jahan, filed a case under section 306 of Bangladesh Penal Code with Gulshan Police Station around 1:30 am on Tuesday.
In the case, Nusrat Jahan accused Sayem Sobhan Anvir, managing director of Bashundhara Group, as the lone accused of abetting the death of the 21-year-old college student.
While talking to UNB, she said: “Making a call over my phone on April 25, Munia said Anvir won’t marry her. She was crying during the conversation. She said Anvir threatened her of dire consequences saying that she met one of his enemies.”
“I’m scared…anything may happen,” Nusrat quoted Munia as telling her.
She also said Munia asked her to reach Dhaka as soon as possible.
Meanwhile, Munia’s brother Ashiqur Rahman Sabuj told UNB, “I don’t believe Munia can kill herself. She was an artist and also worked as a model.”
Rasheda Akter, president of Cumilla Women Development Forum, said, “The death has broken our hearts… we felt the same when Tonu was murdered.”
What happened on that day?
Being worried over the phone call from the victim, Nusrat rushed to her sister’s flat in Gulshan on Monday evening.
As Munia did not answer the doorbell, she let herself into the flat and found her sister’s body hanging. She then informed the landlord, who called in the police.
Later, police recovered the body and sent it for an autopsy.
Travel ban on lone accused
A Dhaka court on Tuesday issued a travel ban on Sayem Sobhan Anvir.
Metropolitan Magistrate Md Shahidul Islam passed the order after Abul Hassan, officer-in-charge of Gulshan Police Station and also the investigation officer of the case, submitted a petition seeking a travel ban on the Bashundhara Group MD, reports UNB.