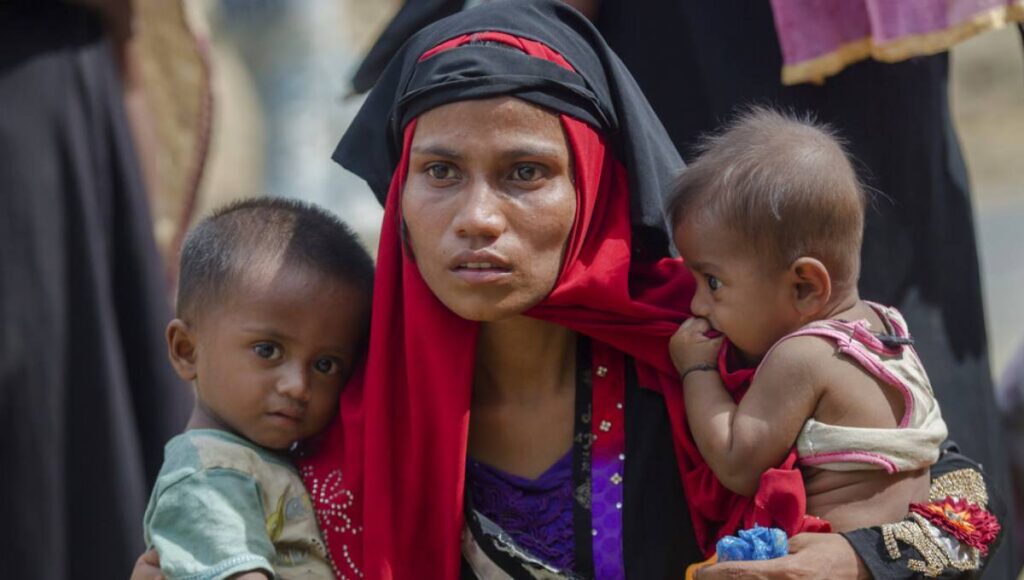 United Nations, Oct 5 (AP/UNB) — The U.N.’s independent investigator on Myanmar says it’s not safe for hundreds of thousands of Rohingya Muslims who fled to Bangladesh to return because Myanmar has failed to dismantle its “system of persecution” of Rohingyas.

Yanghee Lee said in a report to the General Assembly circulated Friday that living conditions for the remaining Rohingya in northern Rakihine state “remain dreadful.”
The Rohingya can’t leave their villages and earn a living, she said, making them dependent on humanitarian aid whose access “has been so heavily diminished that their basic means for survival has been affected.”
“While this situation persists, it is not safe or sustainable for refugees to return,” said the U.N. special rapporteur appointed by the Geneva-based Human Rights Council.
Lee also expressed concern that a household-counting exercise in Rohingya villages “is an effort to erase the Rohingya from administrative records and make their return less possible.”
She said the government’s requirement that any refugee who returns must be issued “a national verification card” is not a solution to citizenship for the Rohingya.
Rohingya Muslims demand that Myanmar give them citizenship, safety, and their own land and homes they left behind. The Buddhist-majority nation has refused to recognize Rohingya as citizens or even as one of its ethnic groups, rendering them stateless.
More than 700,000 Rohingya fled across the border to Bangladesh after Myanmar’s military began a harsh counterinsurgency campaign against them in August 2017 in response to an insurgent attack. The campaign, which has been called ethnic cleansing, involved mass rapes, killings and burning of Rohingya homes.
Lee said there are nearly 913,000 Rohingya refugees in Cox’s Bazar in Bangladesh, near the Myanmar border, including thousands who fled before 2017 and about 1,100 who arrived between January and July.
Lee said she “continues to receive reports of beatings and killings and the burning of houses and rice stores.”
Myanmar’s government and military have consistently denied carrying out human rights violations. They say military operations in Myanmar’s Rakhine state were justified in response to attacks by Rohingya insurgents.
Lee said the government’s conflict with the Arakan Army, a guerrilla force from the Buddhist ethnic group seeking autonomy for Rakhine, is also affecting the remaining Rohingya in northern Rakhine.
In April, possibly dozens of Rohingya were killed when government helicopters fired on them while they were collecting firewood in south Buthidaung, she said.
The U.N. says 128,000 Rohingya are languishing in camps in northern Rakhine, which the government says it plans to close. Lee said she’s distressed that families living there who are unable to register with the government aren’t receiving food.
She said the government is constructing housing for internally displaced people without lifting restrictions on their movement which means the Rohinga will remain “effectively detained.”
While the government has presented this as part of the implementation of recommendations by the Advisory Commission on Rakhine headed by the late U.N. secretary-general Kofi Annan, Lee said those recommendations called for the Rohingya to be able to move freely and return home. Therefore, she said, it doesn’t appear that closure of the camps will improve their lives.
Lee urged U.N. member nations to impose sanctions on companies owned by Myanmar’s military and to impose sanctions on the six senior military commanders and their family members identified by the independent international fact-finding mission on Myanmar as being “most responsible for the serious violations that have occurred since 2011.”
On other issues, the special rapporteur raised serious questions about the construction of major hydropower projects in Chin and Rakhine states, and the impact of dams on ethnic minority villages.
She noted that the independent mission said the government “is making a concerted effort to fundamentally alter the landscape of northern Rakhine state in the name of development.”
Lee also sharply criticized the government’s suspension of mobile internet services on June 21 in parts of Rakhine and Chin to more than a million people, saying the government “has failed to justify the blanket shutdown as being necessary.”
She said the shutdown, in the context of the conflict between the government and the Arakan Army, is impacting a huge population’s rights to food, safety, health, education, shelter and livelihood, and “is likely to amount to collective punishment” in violation of international law.