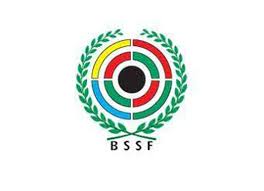 During the courtesy call, the State Minister wished all success to the newly elected BSF president and said, “The shooting has the glorious past to brighten the country’s image. The best success in the history of the country’s sports came in shooting. Bangladesh won gold in the 1990 and 2002 Commonwealth Games. Shooting is a potential game for us and I hope under the new leadership of BSSF the country’s shooting will flourish further.

The State Minister also expressed his firm pledge to take the newly elected president and shooting federation ahead.

Youth and Sports Secretary Mohammad Akhter Hossain was also present on the occasion.

It can be mentioned that the National Sports Council on Sunday issued a notice by appointing Major General Ataul Hakim Sarwar Hasan as President of the 25-member Bangladesh Shooting Sports Federation (BSSF) ad-hoc committee.BSS