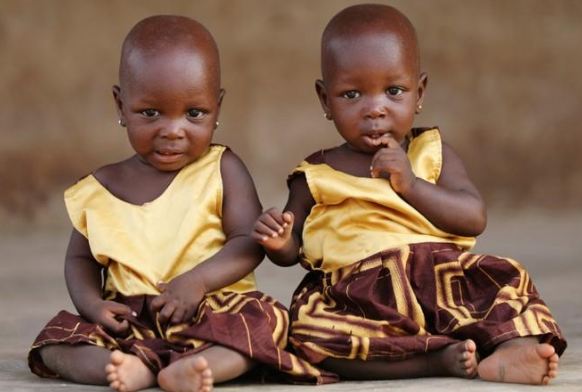 In a dusty school playground in southwest Nigeria, the rows of children lined up to return to their classrooms are dotted with the faces of identical twins.
Sights like this can be seen everywhere in Igbo Ora, where a banner welcomes visitors to the “twins capital of the world”.
Twins are common in the Yoruba ethnic group that dominates this part of Nigeria. A 1970s study by a British gynaecologist found that around 50 sets of twins were born out of every 1,000 births in the southwest – one of the highest rates of twin births in the world.
But even for Yoruba people, Igbo Ora is considered to be exceptional. Among the nearly 100 secondary school children assembled at the end of their break there were nine sets of twins.
“There are so many twins because of the okra leaf that we eat,” said 15-year-old Kehinde Oyedepo, one of the twins, repeating a view commonly held in the town.
The leaves are used to make a stew that is popular in Igbo Ora.
Others have pointed to the popularity of Amala – a local dish made from yams and cassava flour. One theory is that yams prompt the production of gonadotropins, a chemical agent that stimulates the production of eggs.
Ekujumi Olarenwaju, an obstetrician gynaecologist based in Lagos, around 100 miles (160 km) away, believes the causes of the phenomenon lie elsewhere because the same kind of yam is eaten elsewhere in the world without the same result.
“Thus far scientifically, no one can say this is the reason,” said Olarenwaju. “One of the plausible reasons is the hereditary aspect of it because maybe over the years they inter-marry, they now have that gene being pooled and concentrated in that environment,” he said.
But the women who sell piles of okra leaves at a town market are quick to disagree.
They said local traditions over how the leaves are consumed were crucial. For example, a stew made from the leaves should be eaten immediately and never stored.
Oyenike Bamimore, who sells the bread, said she was living proof that the diet was the cause. “Because I eat okra leaves a lot, I gave birth to eight sets of twins,” she said, reports Reuters, 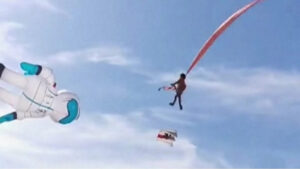 Girl thrown into air by kite in Taiwan 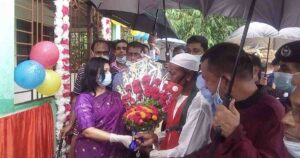 Sherpur beggar gets house as gift from Prime Minister