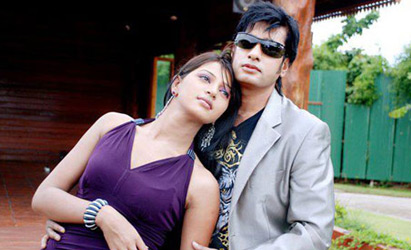 Ananta and Barsha starred film Nihshartho Bhalobasha will have its world premiere Friday at the 66th Cannes Film Festival.The film directed by Ananta Jalil will be screened Friday at Olympia 01, the biggest cinema of the festival and will be re-screened on May 21, on display screen Star-3 at the festival.
The festival will continue from May 14 to May 26.
Ananta and Barsha have already left Dhaka for France on Wednesday to attend the prestigious film festival.
The distributors of the festival showed their interest in the film after they watched the film at Prasad Laboratory in Chennai, India. They praised the story, acting, location and technology of the film and observed that the film meets the standard of the contemporary Hollywood and Bollywood mainstream films, according to the release issued by Monsoon Films, the production house owned by Ananta.
‘I would like to share this great moment with all my fans, well wishers and lovers of Bangladeshi film. I want to take Bangla films to the international arena and hence seek support from everybody,’ reads the release signed by Ananta Jalil.
Ananta Jalil, Misha Shawdagar, Barsha and Kabila have played different characters in the film.
The music of the film has been composed by Emon Saha, Sawkat Ali Emon and Kishore. Besides, local playback artistes as well as popular Bollywood singers including Shan and Kailash Kher have sang the playbacks.
The film’s title song, which has been penned by Ananta and recorded in Shan’s voice, has been shot in modern 3D animation technology. The film will be released in Bangladesh during Eid-ul-Fitr festival.
(Source: Agencies)