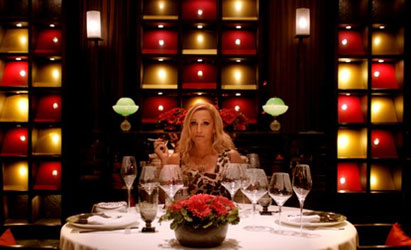 Nine films to watch out for at Cannes 2013…Behind the Candelabra
Reportedly Stephen Soderbergh’s last film, Behind the Candelabra stars Michael Douglas and Matt Damon and concerns the turbulent relationship between Liberace and his young lover, Scott Thorsen in the late 70s and early 80s.
It also features a strong supporting cast including Rob Lowe and Debbie Reynolds. Expect off-the-scale glitz and camp of the highest order.
Only God Forgives
Canadian actor Ryan Gosling and Danish director Nicholas Windig Refn collaborate again in this crime drama set in Bangkok’s sleazy, neon-lit underworld – featuring Kristen Scott Thomas as the revenge-thirsty head of a vast criminal organisation.
Gosling told the Hollywood Reporter that this film is “much more extreme” than Drive, his previous film with Refn. Expect shocks and violence aplenty.
Inside Llewyn Davis
Nominated for the Palme d’Or, the latest film from Ethan and Joel Coen (The Big Lebowski, No Country for Old Men) follows a week in the life of folk singer Davis, during a bitter New York winter in 1961.
Starring Carey Mulligan and John Goodman, the film also features Justin Timberlake, who collaborated with Mumford and Sons’ singer, Marcus Mumford – also husband of Mulligan – for the film’s soundtrack. Expect bittersweet humour shot in muted colours.
Young and Beautiful
Francois Ozon is a prolific film-maker who has churned out 14 feature films in the past 15 years – but only one has appeared at Cannes once before (Swimming Pool in 2003).
Plot details are being kept tightly under wraps but the official synopsis describes the film as “”a contemporary portrait of a teenage girl, in four seasons and four songs.” Expect scenes of a sexual nature.
Only Lovers Left Alive
Tom Hiddleston and Tilda Swinton star as vampires whose love has endured several centuries, until they are interrupted by the wild behaviour of Swinton’s younger sister, played by Mia Wasikowska.
The film, written and directed by veteran indie filmmaker, Jim Jarmusch, was a late addition to Cannes’ official selection. Expect “a crypto-vampire love story”, according to Jarmusch.
As I Lay Dying
James Franco is certainly not one to rest on his laurels. As I Lay Dying is his second film this year as both director and star, and he has also appeared in Oz the Great and Powerful and Spring Breakers.
His is the first film adaptation of William Faulkner’s classic 1930 novel, which follows the journey of an impoverished family through the American South to bury its matriarch. Expect existential melodrama, Southern Gothic style.
Bombay Talkies
Cannes celebrates 100 years of Indian cinema this year with a special programme of films. The centrepiece is Bombay Talkies, which plays out of competition at a special midnight screening.
The movie an anthology, made up of four short films by well-known Indian directors and celebrates the diversity of Indian cinema and. Expect more than your standard Bollywood song-and-dance fest.
Like Father, Like Son
Hirokazu Kereeda’s last appearance at Cannes was in 2009 with Air Doll, a film that divided critics with its story of a middle-aged man who falls in love with a life-size inflatable sex aid.
Like Father, Like Son promises to be a more subdued, less controversial affair, closer in tone to his 2008 family drama, Still Walking. It tells the story of couple who discover that a hospital mix-up has led them to raise the wrong child. Expect subtle, considered filmmaking.
Zulu
Not to be confused with the 1964 film starring Michael Caine, Zulu is French director Jerome Sale’s first English language movie. Starring Forest Whitaker and Orlando Bloom, the film, adapted from Caryl Ferey’s novel of the same name, is a conspiracy thriller set in Apartheid-era South Africa. Zulu has been chosen to close the Cannes film festival. Expect a tense cop thriller with a noir edge.
(Source: BBC Online)