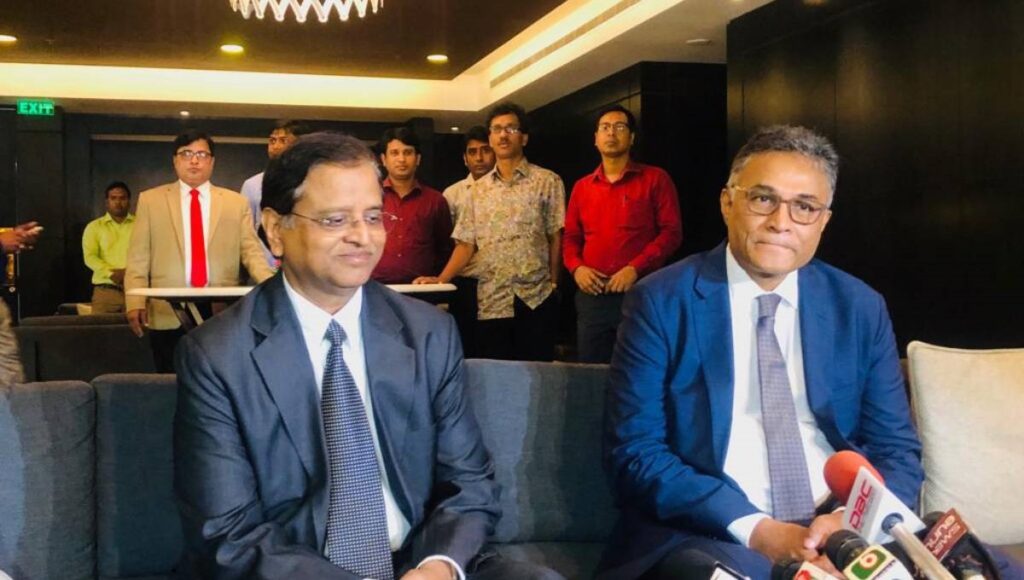 Dhaka, Aug 26 – The government will not import any more electricity from India’s Tripura State as it is not finding it “cost effective” to import that electricity at this stage, Power Secretary Dr Ahmed Kaikaus told the journalists yesterday.The Joint Working Committee (JWC) on power sector cooperation between Bangladesh and India earlier had reached a decision to allocate another 340MW of electricity for Bangladesh to serve its national grid from Indian state of Tripura by mid 2020.
But yesterday after joint briefing of the JWC, Bangladeshi Power Secretary Kaikaus told the journalists that since there are “no internal need now”, Bangladesh will not import any electricity from Tripura.
The country however is thinking about importing power from the Meghalaya region, which abuts Bangladesh on the north, based on the country’s demand, he said.
Earlier, at the joint briefing both Kaikaus and his Indian counterparts Subhash Chandra Garg discussed about the cross border energy trade between Bangladesh-India-Nepal and Bhutan and decided to sign a tri-party MoU between Bangladesh-India-Bhutan to trade hydro electricity from Bhutan.
They also discussed importing 340MW more electricity through Surjyamani-Cumilla North Link under government to government (G2G) from NTPC power centres, proposed Katihar-Parbatipur-Barapukuria-Boranagar 765 kv grid interconnection and to construct back-to-back HVDC sub-station at Cumilla aiming at importing more power through Baharampur-Bheramar 400-kv 2nd transmission line and Surjyamani-Cumilla North Link.
They also discussed waving all types of CD, tax and VAT on the import of power from India.
Earlier on Sunday, following the meeting in Dhaka, the senior officials of the two countries flew to Rampal to conduct the Board Meeting of the Maitree Super Tarmal Power Project at Rampal popularly known as Rampal Power project. – Staff Reporter