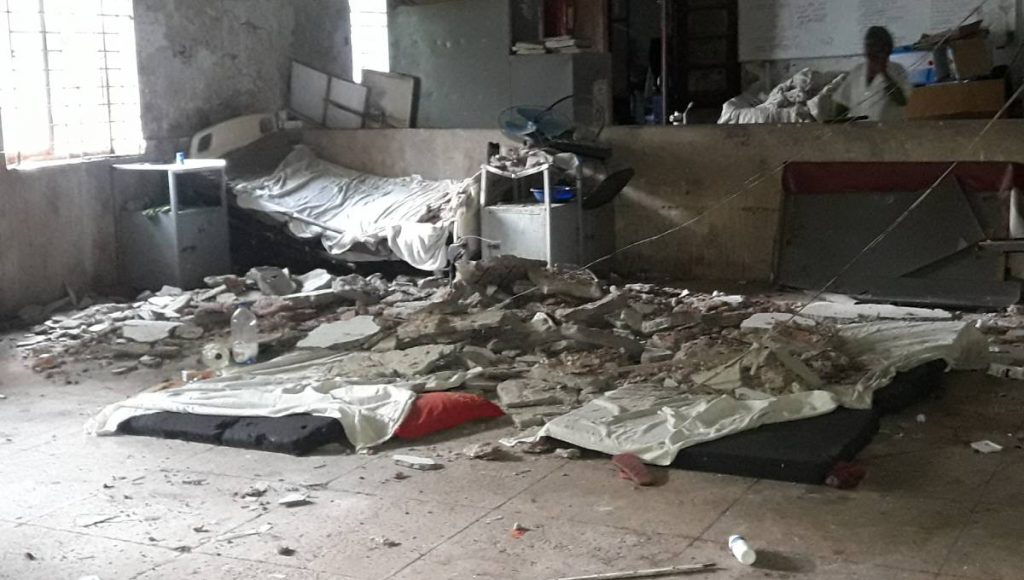 The incident took place at 6:20am in Unit 2 of No 4 Children Ward, said Humayun Kabir, senior station officer of Maizdi Fire Service and Civil Defence.

A fire service team rescued the victims with the assistance of the hospital authorities.

He has been shifted to Comilla Medical College Hospital.

The building, one of the three belonging to the hospital, was constructed in 1967.

Superintendent Dr Rahman claimed that it had been identified as risky “but not declared unfit for use”.

Quamrul Islam, executive engineer of Public Works Department, disagreed. He said the building was initially identified as risky and then deemed unfit for use.

“A letter was sent to the hospital authorities three years ago in this regard,” he said.