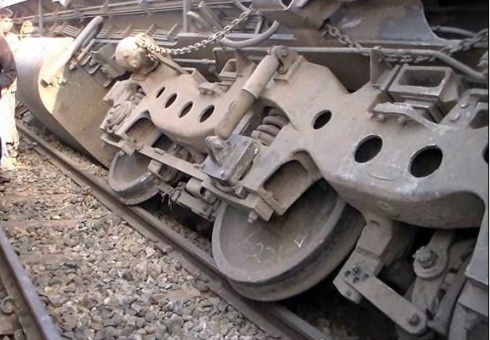 Sylhet, Feb 5 — Train services between Sylhet and other parts of the country were disrupted on Friday after a train of fuel wagons derailed in the Maijgaon area of Fenchuganj Upazila, officials said. Seven wagons of the freight train veered off the tracks around 12am, halting rail services on Sylhet-Dhaka and Sylhet-Chattogram routes, said Officer-in-Charge (OC) of Fenchuganj Police Station Md Shafayat Hossain.
The derailment spilled fuel triggering panic in the area. “Residents have already been evacuated from their homes,” the OC said.
The derailment also halted the movement of a Dhaka-bound inter-city train, Upaban Express, at Mogla Bazar Railway Station, he added. – UNB