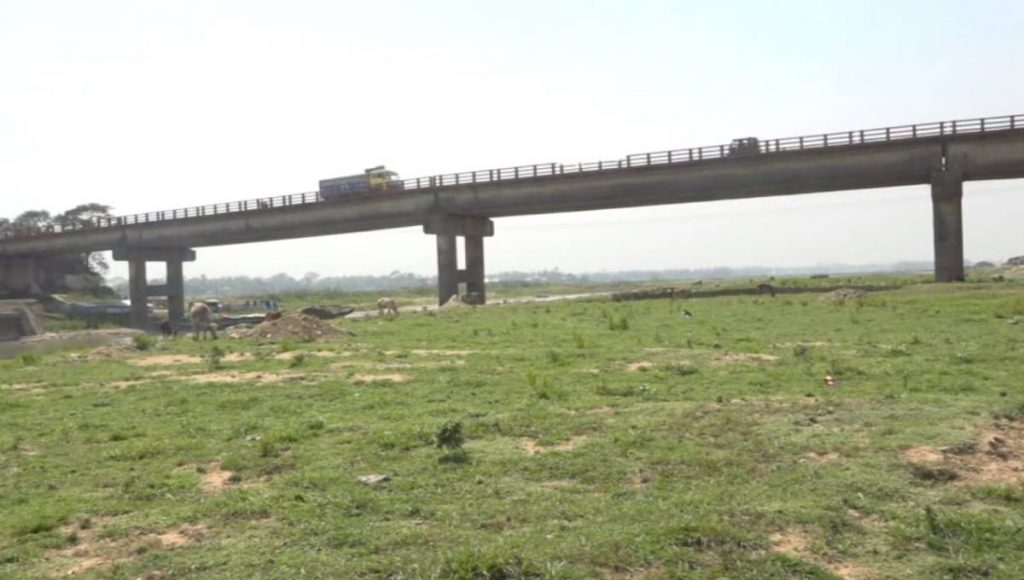 Brahmanbaria, June 8 (UNB)- The literary sketch of Titas River in Adwaita Mallabarman’s ‘Titas Ekti Nadir Naam’ or ‘a river called Titas’ – later made into a film of the same name by Ritwik Ghatak – has undergone a sea-change in reality over the years and turned into a narrow canal due to navigability crisis and ongoing illegal grabbing.

Whoever has seen the book cover and read the first three or four lines of the novel could imagine its once rhythmic flow and fishermen’s lively presence in Titas River.

However, chars in Titas River now have turned into grazing land in some spots would hurt the readers of the novel but is a crucial truth for Titas, known as the daughter of Meghna River in Brahmanbaria.

With an intention to bring back the lost youth of lively Titas, the authorities concerned said the river dredging is going on and they will soon execute an eviction drive against illegal grabbers.

Locals said once they would rise to the hue and cry of fishermen at dawn. Now the river-based livelihood, business and agriculture are under threat, they added.

Fisherman Robi Das of the area said, “Titas is not a river anymore as it was in the past. Due to less water in the river, we get very few fish to survive with families on daily basis.”

Another fisherman, Kazol Das said, “I’d get fish whenever I tried with net, now we rarely get fish from Titas.”

Md Siraj Mia, a launch driver said, “I’ve been plying launch for the last 40 years in this river. Now it is hard to ply launch as it has turned into a thin canal.”

The launch, boat and other river vessels’ movement would stop any time in Titas River due to extreme navigability crisis, he added.

Local river commuters said, now it takes more time to move from one place to another.

The people living on the river bank demanded immediate steps to stop ongoing illegal grabbing, adding that already many buildings have been built grabbing Titas River.

Expecting socio-economic development of the area he added that the Titas River will get its navigability back once the dredging project is implemented.

“We’ve already made a list of 623 grabbers and sent it to the ministry concerned. An eviction drive will start soon,” the DC added.

Khan said sediment and sand have filled up the river over a stretch of 103km out of 110km that flows in Brahmanbaria.