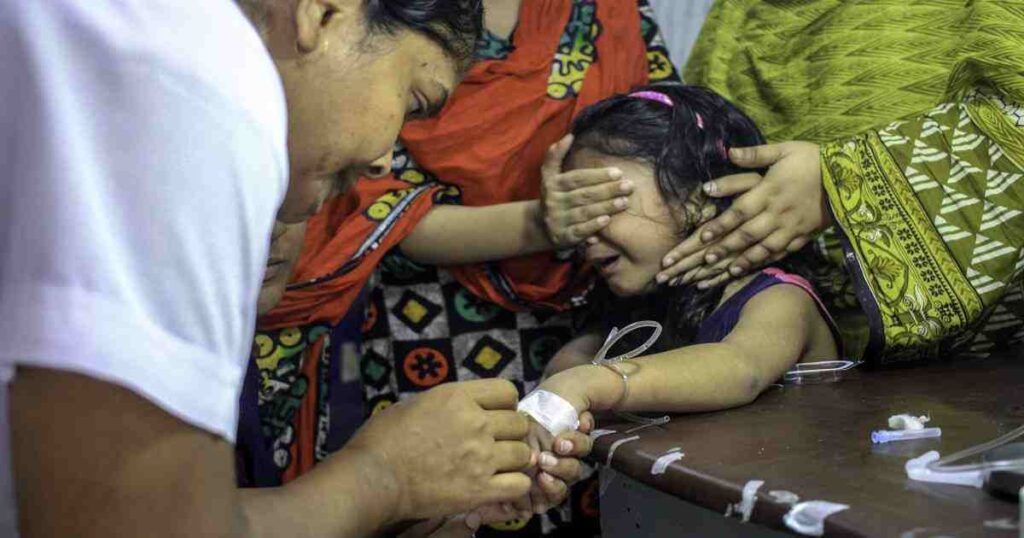 One new dengue case was reported in the last 24 hours until 8am on Monday , according to the Directorate General of Health Services (DGHS).One dengue patient is currently being treated at a hospital, according to a daily update from DGHS.
Bangladesh health authorities reported 307 dengue cases since the beginning of this year. Of them, 306 patients have been discharged.
The country had a massive dengue outbreak last year when 101,354 people were hospitalised. Of them, 101,037 made full recovery.
According to official figures, the mosquito-borne disease killed 179 people last year.
Anti-mosquito drive is being conducted from May 10 in the capital.
As the country struggles to contain the spread of coronavirus, a dengue outbreak at this time will be devastating and would pose a serious challenge to the country’s health care system, according to experts.
The Ministry of Local Government, Rural Development and Co-operatives on May 14 allocated Tk 30.63 crore for the city corporations and the municipalities to fight coronavirus and dengue, reports UNB.