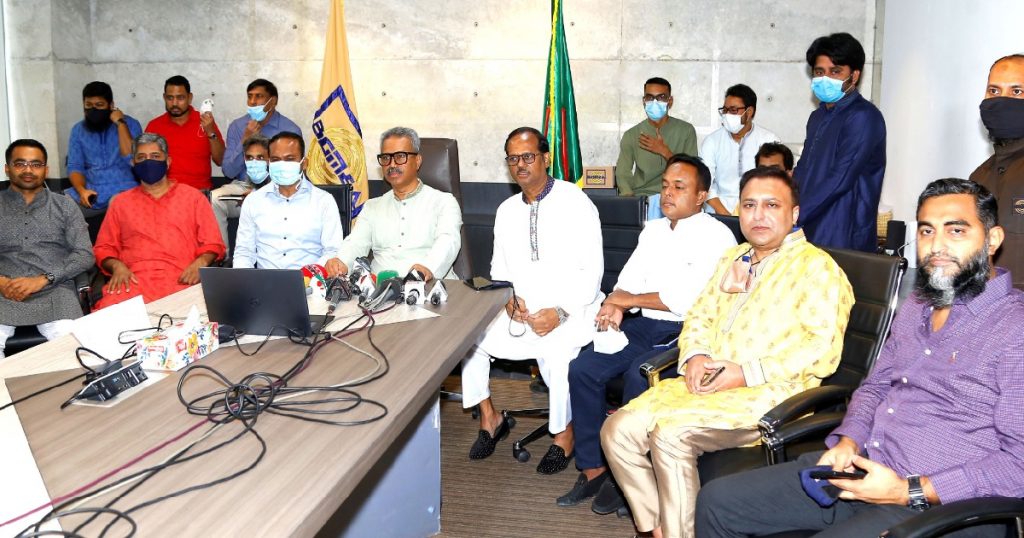 Dhaka, May 12 : President of the Bangladesh Garment Manufacturers and Exporters Association (BGMEA) Faruque Hassan on Wednesday hoped 100 percent of workers’ salaries and festival bonuses will be paid before the day of the Eid-ul-Fitr festival.“We urge the all workers not to create any indiscipline. Over 97 percent factory owners paid workers’ salaries. We hope 100 percent workers’ salaries and festival bonuses will be paid before the day of the Eid-ul-Fitr ,” he said while addressing a virtual press conference.
The BGMEA president said 1913 factories under BGMEA are operating in the country
Of them, 1667 factories are in Dhaka and 246 in Chattogram. The owners of 1866 (97.54%) factories have paid the salary for the month of April up to May 11. Of these, 1652 are in Dhaka and 214 in Chattogram. And the bonus was paid in 1882 factories (1659 in Dhaka and 223 in Chattogram) which 99 percent till yesterday, he added.
“Some 15 factories paid salary of April and 8 factories paid bonus on Wednesday in Dhaka. And 32 factories of Chattorgram paid salary and 23 factories paid bonus today. About 800 factories in Dhaka have been brought under close monitoring and payment of salary and bonus has been ensured by cooperating with 44 factories in various ways,” he added.
“We always want that our workers stay well. In the last 10 years, the facilities of the workers have been increased more. We can provide more facilities in future if our productivity and capacity increase. We have to pass a difficult time in the next three months. We hope that the garment industry will overcome its existing problems from the next year. So, we need more support from banks,” he also said.
The new BGMEA president said many factory owners fell in cash crisis due to the COVID-19 pandemic.
“We operate factories amid the COVID-19 pandemic lockdown maintaining health safety. So, our cost also went up vastly. Even, some buyers did not pay money as they were bankrupt following the pandemic,” he added.
Faruque said 44 lakh workers are involved in the garment industry.
“The livelihood of around 5 crore people directly and indirectly depend on the industry. The ages of most of workers are between 18-30 years. So the coronavirus infection rate is low in the industry.”
According to his written statement, after an unprecedented 18% decline in exports in the last financial year, exports have declined by a further 8.72% in the first 10 months of the current financial year.
The export crisis especially in the oven sector has reached a climax. During the month of March, it reduced 24.70 percent while in April it decreased 6.37 percent compared to the same period of FY 2018-19. It has been possible to avoid major catastrophes in the economy thanks to positive decision by the Prime Minster.
Faruque said they have taken measures in collaboration with the government so that workers get salary and bonus before Eid, reports UNB.