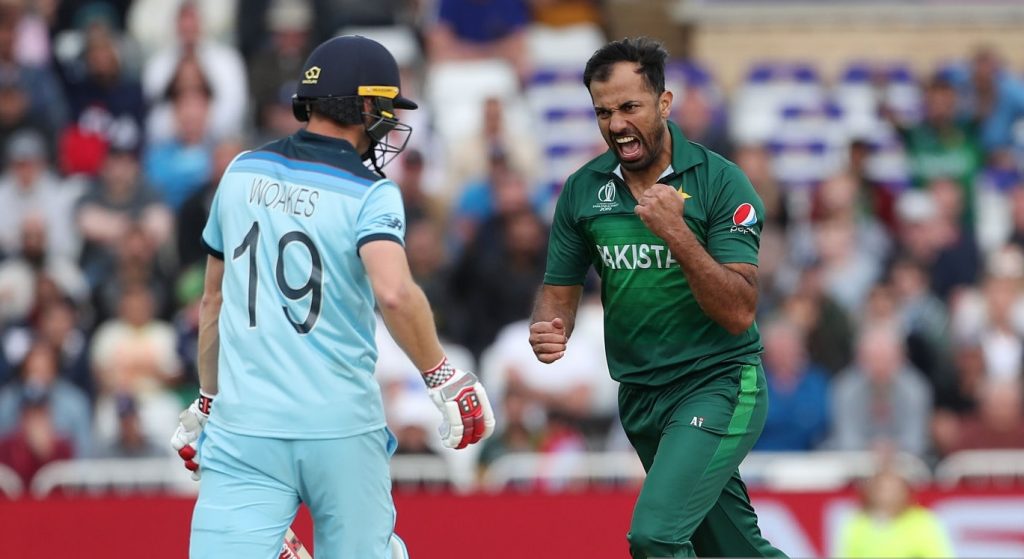 Dhaka, Jun 3 (UNB) — Pakistan cricket team proved their nature of being ‘unpredictable’ once again as they beat England on Monday by 14 runs in their second fixture of the ICC Men’s World Cup at Trent Bridge, Nottingham. The same team lost their World Cup opener to West Indies by seven wickets three days ago at the same venue.

Sarfaraz Ahmed-led Pakistan batted first in the match after losing the toss to the hosts’ captain Eoin Morgan. They set up a big challenge putting 348 on the board, which was their highest score against England in the World Cups.

England started the charge on a shaky note as they lost three wickets before reaching the 100-run mark. Shadab Khan removed Jason Roy in the third over of the innings. However, Joe Root (107) and Jos Buttler (103) hit the centuries when it was needed most from them. But in the end, their effort went in vain as the Pakistani bowling line lived up to the expectation.

Despite conceding 82 runs, Wahab Riaz was the best bowler of Pakistan while defending the total. He bagged three wickets, and two of them were in consecutive two deliveries. Shadab Khan and Mohammad Amir were also vibrant scalping two wickets each.

Apart from Root and Buttler, the other English batsmen were rudderless against the disciplined bowling attack of Pakistan, which cost them a lot.

Earlier, Pakistan put up a challenging total of 348 while batting first after losing the toss.

Pakistan started the innings on a positive manner as they posted 82 runs in the first wicket stand. Fakhar Zaman and Imam Ul Haque were rhythmic against the stiff pace attack of the hosts.

Posting 82 runs in 14 overs, Fakhar was removed by Moeen Ali. The Pakistan-born English spinner removed the other opener of Pakistan Imam as well. They have lost two wickets in 111 runs.

After that, the onus was on Babar Azam and the veteran batsman Mohammad Hafeez to utilize the brisk start, and the did it will. In the third wicket stand, Babar and Hafeez added 88 runs. The stand was separated by Moeen again who haunted Babar for 63 off 66 with four fours and one six.

Hafeez continued to accelerate the innings as he made another stand of 80 runs with the captain Sarfaraz Ahmed. Hafeez also created the possibility to strike a hundred but disappointed while facing Mark Wood. He was dismissed for 84 off 62 with eight fours and two sixes, which remained as the best inning for his team. After Babar and Hafeez, Sarfaraz also hit a fifty and ended up on 55 off 44 with five fours.

Eventually, Pakistan had posted 348 for eight in 50 overs, which is now their highest total against England in World Cups.

For England, Chris Woakes and Moeen took three wickets each conceding 71 and 50 respectively while Wood bagged two wickets as well.

In the end, Mohammad Hafeez was the man of the match for his 84 and one wicket.

Pakistan will take on Sri Lanka on June 7 at County Ground, Bristol, while England will face off Bangladesh on June 8 at Sophia Gardens, Cardiff.