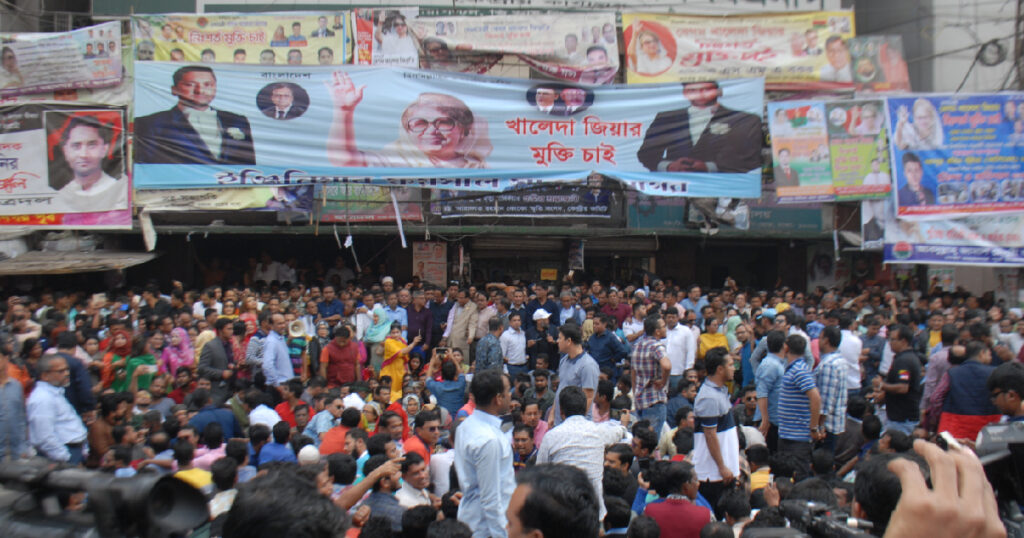 He came up with the remarks while addressing a rally in front of BNP’s Nayapaltan central office demanding its Chairperson Khaleda Zia’s release from jail.

“The government thinks it can obstruct the movement seeking Khaleda Zia’s release by oppression but they [govt] have forgotten that one cannot one’s stay in power through such oppression. The just demand of people can never be put down by oppression,” he said.

Terming the current government illegal, he said they have forcefully captured power and ruling without people’s mandate. “The government resorted to repression and torture to establish one-party rule. Today, people have no confidence in this government,” he claimed.

The BNP leader also claimed that 25 lakh activists and leaders of the party have been put behind bars.

Fakhrul said they appealed to the government for Khaleda Zia’s proper treatment and release since she is extremely sick.

Khaleda has been in jail since she was convicted in the Zia Orphanage Trust corruption case on February 8, 2018. She was found guilty in another corruption case later the same year, though her party claims both cases are politically motivated.

The BNP chief has been receiving treatment at BSMMU since April 1 last year.