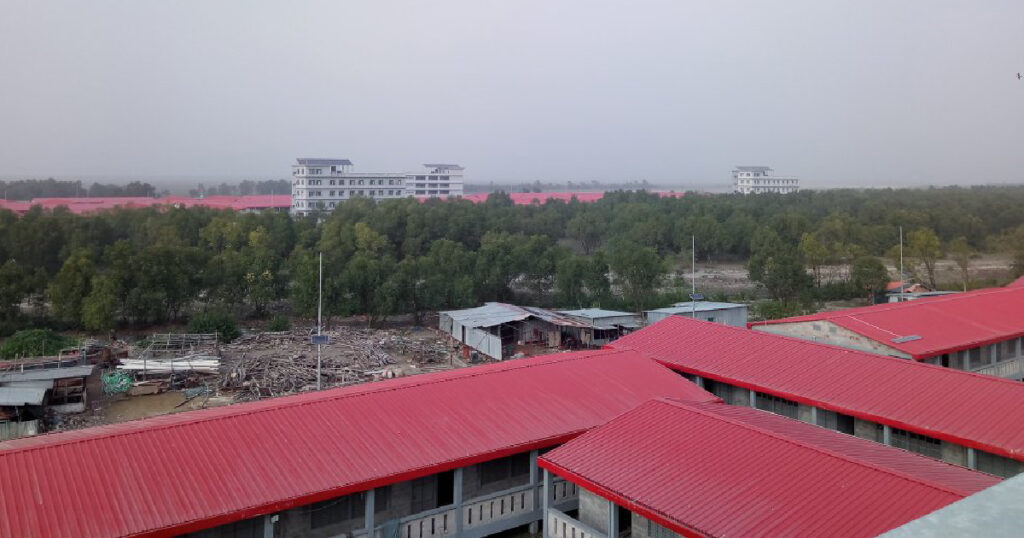 Home Minister Asaduzzaman Khan Kamal on Saturday said the process of relocating one lakh Rohingyas from Cox’s Bazar camp to Bhasan Char will begin on completion of erecting barbed-wire fences around the Cox’s Bazar camp.

He made the remarks while talking to reporters after attending the Silver Jubilee celebration of Bangladesh Coast Guards at its Agargaon headquarters in the city.

“Bangladesh Army started erecting barbed-wire fences around the Rohingya camps in Teknaf of Cox’s Bazar so that they cannot go out of the camp,” he added.

Bangladesh is currently hosting more than 1.1 million Rohingyas in camps in Cox’s Bazar district. Most of them fled to Bangladesh since late August 2017 when the Myanmar army and their local collaborators launched a brutal offensive targeting them.

In a sweeping legal victory for the Rohingyas, the United Nations’ top court – International Court of Justice (ICJ) – ordered Myanmar to take all measures in its power to prevent genocide against the Rohingya people.

The court’s president, Judge Abdulqawi Ahmed Yusuf, said the International Court of Justice is of the opinion that the Rohingya in Myanmar remain extremely vulnerable.

Replying to a query about illegal entry of fishing trawlers into Bangladesh maritime boundary, the minister said they are monitoring the issue while Coast Guard members are taking necessary steps in this regard.

A surveillance system will be launched soon in coastal areas and Bangladesh and India have discussed the matter, he said adding, “Once the system is launched, no fishing trawler will be able to enter our maritime boundary illegally.”

Coast Guard has been made a powerful force with local and foreign ships, speedboats and patrol boats, said the minister.

It has been successfully working to stop illegal fishing, drug smuggling in the coastal region, he added.