Muneer Ferozie, April 16, 2020
Jordan, a small country in the middle of a complex region, is facing steep economic and infrastructure challenges. Even before the coronavirus’ impact on the economy, the country’s public debt was already increasing faster than its economic growth. Now as Jordan attempts to manage the toll of the pandemic, the government is looking to public-private partnerships (PPPs) as a tool to minimize fiscal cost while increasing competition and transparency.Jordan had early success with PPPs transforming their national airport, installing wind farms throughout the country, implementing solar and thermal energy projects, and improving ports. This auspicious start eventually met constraints as the government needed more capacity to screen projects and prepare feasibility studies to expand the PPP model. To overcome these challenges, the government of Jordan developed a specialized Project Preparation Development Facility (PPDF), with help from the International Finance Corporation (IFC) and the World Bank. The PPDF builds capacity within the government to make more informed decisions about PPPs and develop a strong pipeline of projects. With this support, the government can design projects that are more bankable, attract more bidders, and enhance competition.
Building capacity
Jordan’s PPDF is the first program of its kind in the Middle East and North Africa focusing on the transfer of knowledge and capacity to government so they can have a sustainable, streamlined PPP pipeline that meets their infrastructure needs. The PPDF aims to select PPP projects systematically, standardize PPP processes, better allocate risk, and improve project tendering while increasing transparency of the entire ecosystem. By moving towards a more strategic approach to infrastructure procurement, the PPDF is expected to be instrumental in attracting private investment, help tenders be successful and competitive, while reducing the number of unsuccessful bidding rounds for the country’s pipeline of over 120 projects.
The future of PPPs in the Middle East and North Africa
Jordan’s PPDF can provide helpful lessons for other countries that are seeking to increase private infrastructure investment. Across the region, vital social and economic infrastructure needs to be built and improved, but most countries do not have enough public funds to cover the $100 billion gap in infrastructure investment per year needed over the next 5–10 years. Partnering with private sector investors addresses this gap by facilitating infrastructure financing that, done well, has the potential to increase value for money, instill efficient management, encourage transparent competition, and stimulate innovation. And there is room to grow: private sector participation in infrastructure projects in the region ranges from 5 to 20 percent of total projects, which is very low compared to other regions.
Jordan is setting a regional example as it demonstrates strong government commitment to building an enabling environment for PPPs. The government, with support from the World Bank, has created an enabling environment for PPPs by putting in place a public investment management system that allows upstream project appraisal, creates a systematic approach for investment projects to enter the PPP pipeline, and ensures that projects are fiscally affordable for the government. This enabling ‘ecosystem’ is reflected in the PPP Law enacted earlier this month.
These efforts help achieve Jordan’s Vision 2025 to support economic development, alleviate fiscal pressures, and help address the effects of the refugee crisis by better leveraging private sector investment. The government also moved the existing PPP Unit from the Ministry of Finance to the Prime Minister’s Office, which signals increased importance of PPPs for Jordan’s economic development agenda. At the same time, the government will be raising $30 million from donors and international financial institutions to fund the PPDF facility. This puts the country on the path toward creating the right environment for PPPs to meet Jordan’s demand for infrastructure and services.
PPP programs require government capacity and political will, and they are not about one-off transactions like an airport or a solar project. They are about building a better, transparent ecosystem to achieve the best infrastructure services for a nation at the best value for money—which can have a significant impact on the region’s development. Jordan has taken the lead on this in the Middle East and North Africa, and its neighbors will have a lot to learn from the experiences of its PPDF in helping meet the country’s economic and social goals.
– World Bank Blogs 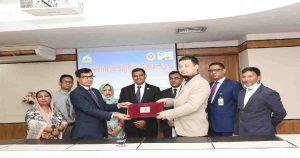