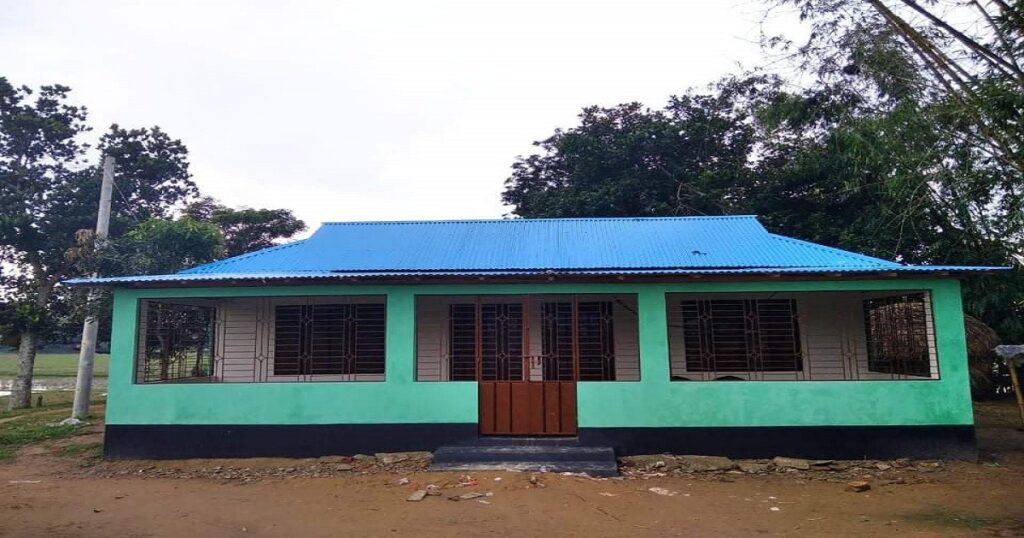 Dhaka, Aug 15 – The Sherpur beggar, who has earned praise for providing his savings for helping Covid-19-hit people, has drawn the attention of the Prime Minister and is going to receive a modern house as a gift from her on Sunday. Keeping a sense of serving humanity above everything, the poor man, Nazimuddin, 80, donated Tk 10,000, saved for over two years seeking alms to build a new house in Jhenaigati Upazila, to the UNO’s relief fund on April 21 last.
This exemplary and heartening instance touched the heart of the Prime Minister and prompted her to direct the authorities concerned to build a modern house with money from her personal fund for the poor man.
His noble instance came to the notice of the Prime Minister on the very day — April 21. The Prime Minister instantly decided to give him a house as a gift from her own fund appreciating his great deed.
At a function on April 27 last, Sheikh Hasina said the poor man set a noble example for the whole world as such great human quality is not even seen among affluent people.
Even the Prime Minister herself finalised the design of the house for the elderly poor man. The new house is expected to give him comfort as he has long been suffering in his shabby dwelling.
Not only a house but also a shop is being given to him so that he can support his family, ending begging, a humiliating practice in the society that he had to resort to long time ago.
Nazimuddin, a landless man, has already been given Tk 20,000 to start a grocery there.
Besides, the government is giving him the Khas land wherein he is living now at Gandhigaon village under the Upazila.
“We’ll hand over the newly-constructed house to the great man (Nazimuddin) on behalf of the Prime Minister tomorrow (Sunday)… the house has been constructed with the money from the personal fund of the Prime Minister,” said Deputy Commissioner of Sherpur Anar Koli Mahbub.
“Though the government wanted to build a new house in another suitable place, Nazimuddin was not willing to move from the place he is now living, also a government land. So, the new house was constructed at his present location,” the Sherpur DC said.
The Khas land is now being settled out permanently in Nazimuddin’s name maintaining the legal procedures, said Jhenaigati Upazila Nirbachi Officer Rubel Mahmud adding that the Upazila administration has continued its different support to the great person. – UNB