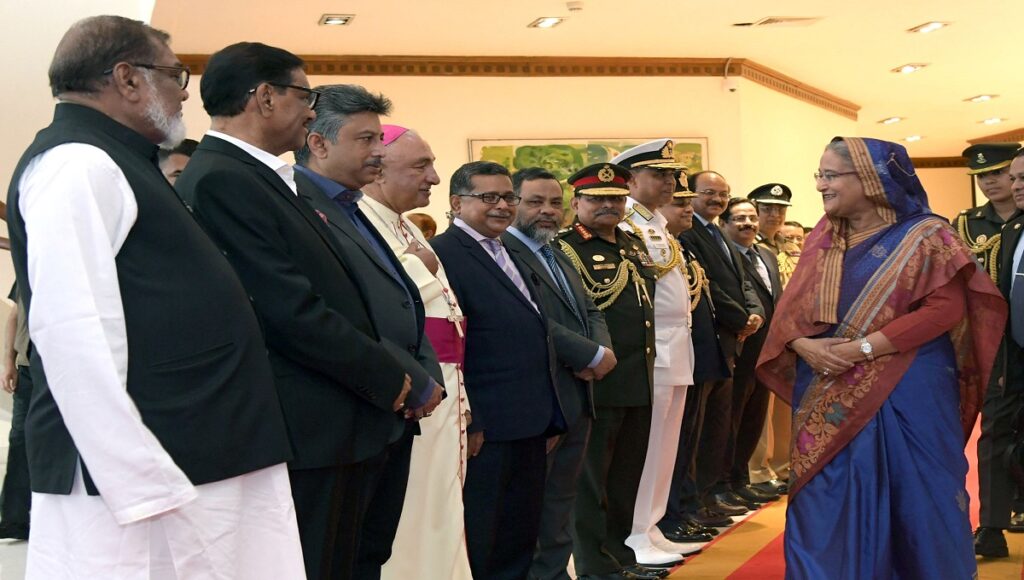 The two-day summit of NAM, a forum of 120 developing countries, will be held at Baku Congress Centre in the Azerbaijan capital of Baku on October 25-26.

A special flight of Biman Bangladesh Airlines carrying the Prime Minister and her entourage took off from Hazrat Shahjalal International Airport for Baku at 4pm.

The flight is scheduled to land at Baku Heydar Aliyev International Airport at 8:55 pm (local time) the same day.

Deputy Foreign Minister of Azerbaijan Mahmud Ahmed oglu Mammad-Guliyev and Bangladesh Ambassador to Turkey M Allama Siddiki will receive her at the airport.

After the reception at the airport, a ceremonial motorcade will escort the Prime Minister to Hilton Baku, where she will be staying during her Azerbaijan tour.

On Friday morning, Sheikh Hasina will join the welcome ceremony of the 18th NAM Summit at Baku Congress Centre.

Along with other NAM leaders, the Bangladesh Prime Minister will attend the opening ceremony of the summit at the Plenary Hall of Baku Congress Centre.

She will later join the working luncheon for the heads of delegations at the Luncheon Hall of the centre, and the Plenary Session.

In the evening, Sheikh Hasina will attend the official reception to be hosted by Azerbaijan President Ilham Aliyev at Heydar Aliyev Centre.

On Saturday, she will join the Plenary Session, the Working Luncheon for the heads of delegation and the Closing Ceremony of the summit.

She will attend dinner to be hosted at Hilton Baku by the Bangladesh Ambassador to Turkey who is concurrently accredited to Azerbaijan.

On the sidelines of the NAM Summit, the Prime Minister is expected to meet a number of heads of state or government, foreign ministry sources said.

Concluding her four-day visit to Azerbaijan, Hasina will depart Baku Heydar Aliyev International Airport for home by a special flight of Biman Bangladesh Airlines at 11 am (local time) on Sunday.

The flight is scheduled to reach Hazrat Shahjalal International Airport in Dhaka at 7:45pm (BST) the same day.

NAM was established in the midst of the collapse of the colonial system and the emancipatory struggle of the peoples of Africa, Asia, Latin America, the Caribbean and other regions of the world, and at the height of the Cold War.

NAM has 120 member-countries, 17 observer countries and 10 observer organisations. NAM had its first summit in Belgrade, Yugoslavia in 1961.

Azerbaijan, located at the crossroads of Eastern Europe and Western Asia and populated by 10 million people, is a multi-ethnic and multi-religious country, where 96 percent of its citizens are Muslims.