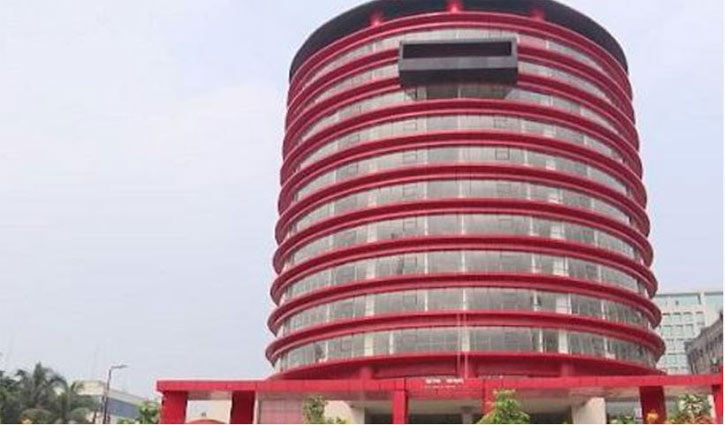 Dhaka, May 27 : Prime Minister Sheikh Hasina on Thursday launched the newly constructed headquarters of the Directorate of Posts, Dak Bhaban, in the city’s Agargaon area.She opened the 14-storey eye-catching building through a virtual platform from her official residence Ganobhaban in the morning.
The Prime Minister also released a memorial postal stamp on the occasion of launching the multistoried building.
The modern building, constructed in the shape of a letter box, is equipped with a library, modern postal museum, auditorium, work stations, cafeteria, day-care center, medical facilities, fire-fighting system and other IT facilities.
Posts and Telecommunications Minister Mustafa Jabbar spoke at the virtual function from the Dak Bhaban in Agargaon.
State Minister for ICT Zunaid Ahmed Palak and Chairman of the Parliamentary Standing Committee on Posts Telecommunications and IT Ministry AKM Rahmatullah, among others, were present at Dak Bhaban.
PM’s Principal Secretary Dr Ahmad Kaikaus conducted the function, while Posts and Telecommunications Secretary Md Afzal Hossain delivered the welcome speech, reports UNB.