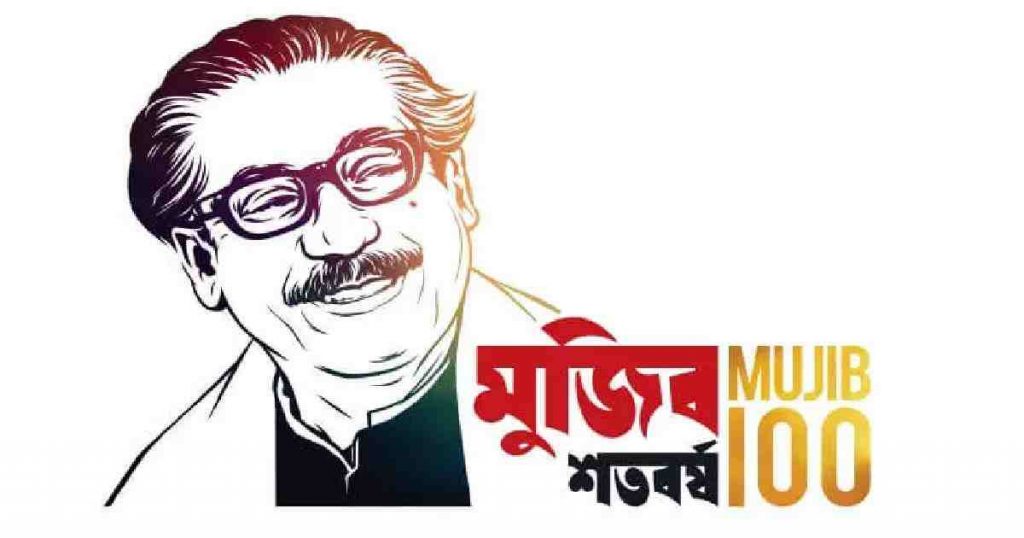 Dhaka, March 17 – Prime Minister Sheikh Hasina on Tuesday paid rich tributes to Father of the Nation Bangabandhu Sheikh Mujibur Rahman on the occasion of the birth anniversary of the great leader.She paid the homage by placing a wreath at the portrait of Bangabandhu in front of Bangabandhu Memorial Museum at the historic 32 Dhanmondi Road in the morning.
After laying the wreath, she stood there in solemn silence for some time as a
mark of profound respect to the memory of Father of the Nation.
Speaker Dr Shirin Sharmin Chaudhury, Chief Justice Syed Mahmud Hossain, youngest daughter of the Father of the Nation Sheikh Rehana and his grand daughter Saima Wazed Hossain, Cabinet members, PM’s advisers, parliament members and high civil and military officials were present.
Flanked by the central party leaders of AL, Sheikh Hasina laid another wreath at the portrait of Bangabandhu on behalf of her party as the president of ruling Awami League.
Later, Speaker Dr Shirin Sharmin and Chief Justice Syed Mahmud Hossain separately placed wreaths at the portrait of the great leader.
Leaders of associate bodies of Awami League and other sociocultural organisations placed wreaths at the portrait of Bangabandhu on the occasion of the birth anniversary of Father of the Nation.
On this day in 1920, Bangabandhu was born to a respected family at Tungipara village of the then Gopalganj sub-division, now a,district, as the third among six children of Sheikh Lutfur Rahman and Saira Khatun.
The history had set his course to be the architect of independent Bangladesh and the greatest Bangalee of all times after protracted struggle and personal sacrifices. – UNB