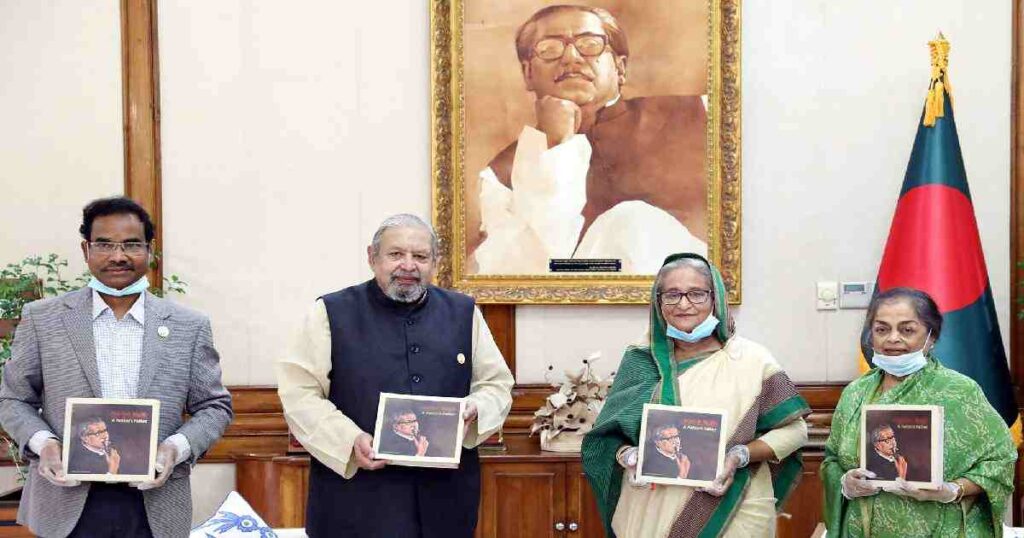 The Prime Minister uncovered the pictorial book, published by the Ministry of Expatriates Welfare and Overseas Employment, at her official residence Ganobhaban just ahead of the weekly cabinet meeting held virtually.

The book was published on the occasion of the birth centenary of Father of the Nation Bangabandhu Sheikh Mujibur Rahman.