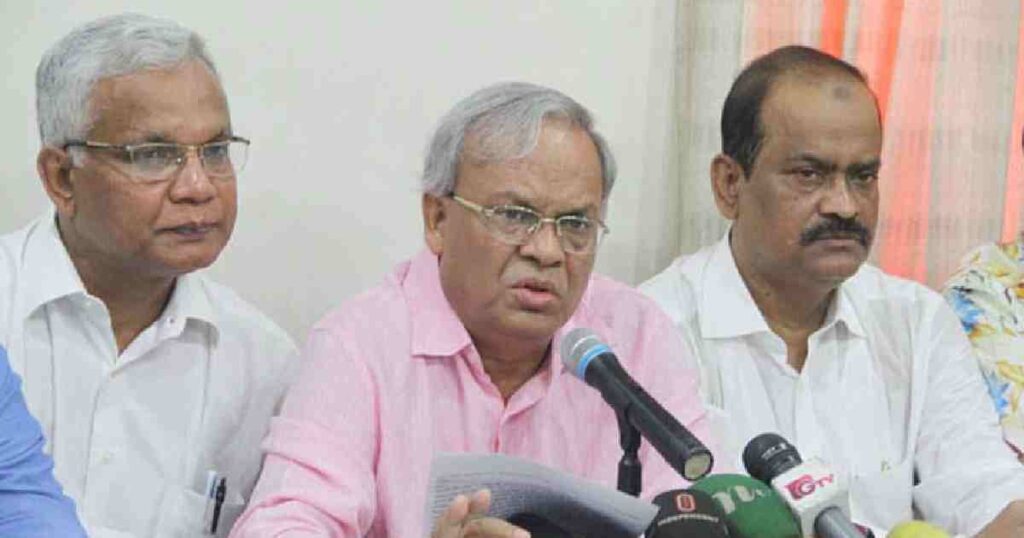 BNP on Friday alleged that the government has raised the power tariff to create a scope for the ‘ruling-party syndicate to plunder public money’.

“The government is raising the prices of power, gas and water as per its whim to cut into public pockets ignoring the request and arguments of mass people and consumer rights or business organisations. They’ve raised the power price for the benefit of the Awami syndicate,” said BNP senior joint secretary general Ruhul Kabir Rizvi.

Speaking at a press conference at BNP’s Nayapaltan central office, he further said, “Plundering public money is the only reason behind the hike in power tariffs at both retail and wholesale levels amid the oil price slump in global market in the wake of coronavirus outbreak. Awami syndicate will loot around Tk 2,000 crore a year from the pockets of consumers through the power price hike.”

On Thursday, Bangladesh Energy Regulatory Commission (BERC) announced to increase the power tariff on a weighted average by 5.3 percent at retail and 8.4 percent at wholesale levels.

The new tariff will come into effect on March 1, said newly-appointed BERC Chairman Md Abdul Jalil while announcing the decision on Thursday at the Commission’s auditorium.

With the fresh one, Awami League government has increased the power tariffs for the ninth time in a decade.

Protesting the government’s decision, Rizvi said people’s backs have been pushed against the wall by hiking power prices repeatedly while the owners of the industries are also struggling to stay afloat.

“A conspiracy is on to push the country towards a serious disaster by destroying the domestic industry and halting the employment of lakhs of people. Hundreds of organisations are failing to cope with the rising production costs due to hike in power prices,” he observed.

Rizvi said it will be difficult for small entrepreneurs and traders to survive following the power price increase. “The increase in the cost of irrigation will cast a negative impact on agriculture while the cost of living will go up further. Common people will face serious trouble as the prices of essential commodities will increase again due to power tariff hike.”

Under the circumstances, the BNP leader called upon the government to withdraw its ‘anti-people’ decision of raising power price.

Otherwise, he warned that their party together with people put up a strong resistance against the hike in the prices all utility services.