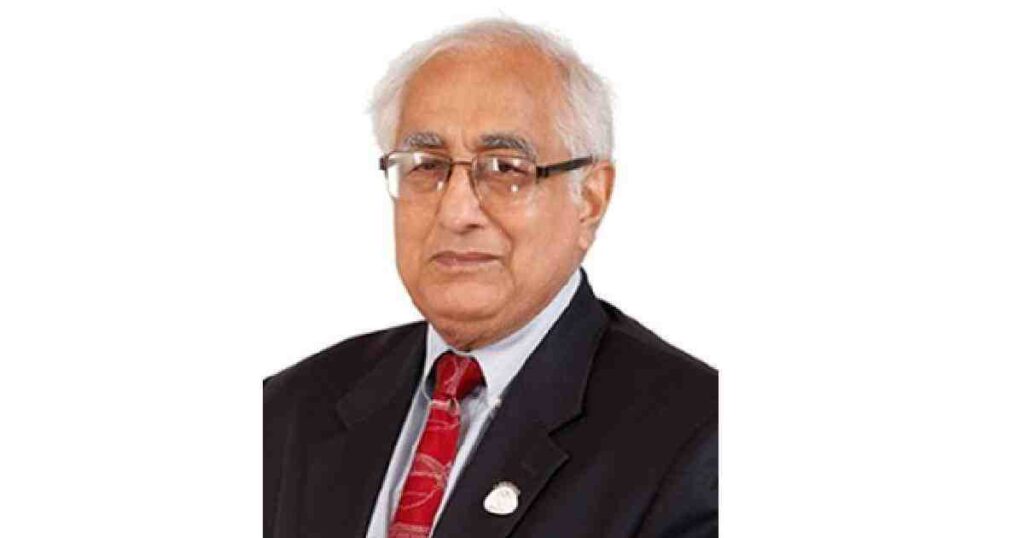 The National Professor breathed his last at 5am at the emergency unit of a Dhaka hospital. He was 77.In his condolence message, the President conveyed deep sympathy to the bereaved family members and prayed for the eternal peace of the departed soul.

In her message, the Prime Minister said the Ekushay Padak recipient educationist played a very important role in the infrastructural development of the country.

She recalled the contribution of Prof Choudhury, who led the experts’ panels of Bangabandhu Bridge, Padma Multipurpose Bridge, Dhaka Elevated Expressway, Karnaphuli Tunnel and many other ongoing development projects, with gratitude.

Nobel Laureate Prof Muhammed Yunus mourned the passing away of his old friend. “I am saddened that I have lost a very close friend,” he said in a message, praising the National Professor for his honesty and recalling his contribution to the country.

The former Adviser (Minister) to caretaker government, was awarded Ekushey Padak in the category of science and technology in 2017. The following year, he was appointed as the National Professor.

Jamilur Reza Choudhury attended Dhaka College from 1957–1959 and earned his Bachelor of Science Degree (Civil Engineering) from Bangladesh University of Engineering and Technology (BUET) in 1963.

After graduating from BUET (First Class First with Honours), he joined the Department of Civil Engineering as a lecturer. He later earned a Master of Science in Engineering in 1965 and a PhD in structural engineering in 1968 from the University of Southampton, UK.

In 1973, he was promoted to the post of associate professor of BUET and in 1976 a full professor.

In 1975, he was offered Nuffield scholarship to pursue post-doctoral Fellowship at Surrey University in UK.

Until 2001, he was working as a Professor at BUET. He was also entrusted with developing a “Computer Centre” at BUET and was appointed director for about 10 years.

Jamilur Reza Choudhury was appointed chairman of task force for developing Software Export and IT Infrastructure in Bangladesh from 1997 to 2000 under the Ministry of Commerce. He was a ranking member of the Prime Minister’s Task Force on developing Digital Bangladesh.

Besides, he was involved with several local and international organisations. He was the Technical Adviser of Padma Bridge and the president of Bangladesh Mathematical Olympiad Committee.