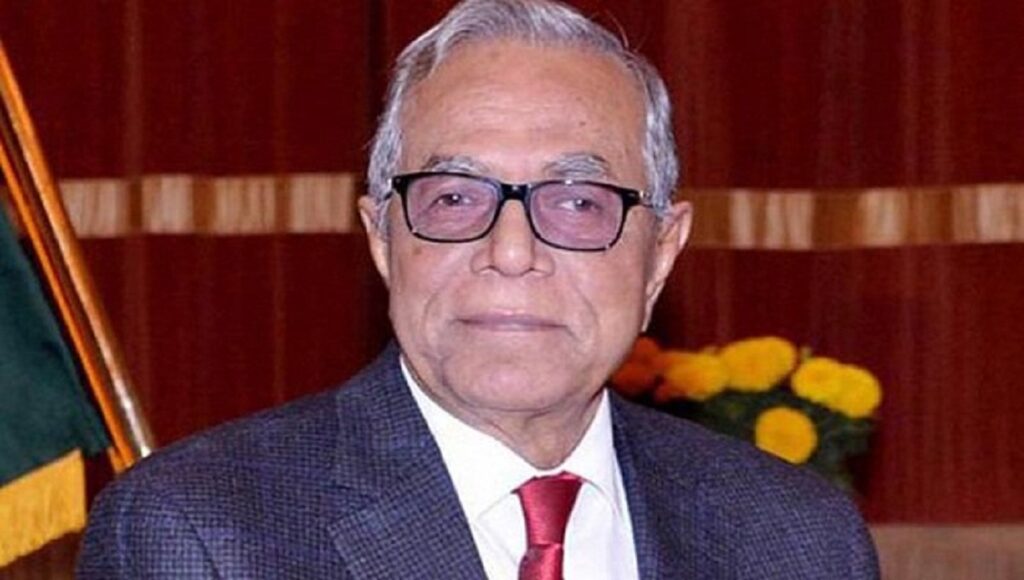 Criticising physicians for their tendency of making extra money by asking patients to undergo unnecessary and wasteful medical tests, President Abdul Hamid on Thursday urged the doctors to refrain from such practices.

“Reports are often published in media on wrong treatment and harassment of patients to make extra money. From clinics in the capital to the ones in suburban areas are involved in such malpractices for which the entire doctors’ community has to take the responsibility of it,” he said.

The President said this while addressing the inaugural programme of Bangla Cardio- 2019, arranged by Bangladesh Cardiac Society at a city hotel.

“The malpractice affects the relationship between doctors and patients. You’ve to be cautious about it and take disciplinary actions against the persons and institutions which are responsible for such acts,” he said.

President Hamid also asked doctors to remain careful about adulterated and expired medicines, and stressed the need for developing trained and skilled physicians for introducing modern and technology-based treatment in Bangladesh.

The government is taking all possible steps to make modern treatment facilities available in Bangladesh, he said adding that hospitals across the country are being provided with modern and advanced equipment.

Hamid said this is also true that sometimes hospitals lack skilled manpower to use such equipment for lack of necessary training. “As a result, public money is being wasted… this also deprives patients of desired services.”

Hamid urged the authorities concerned to look into the matter seriously.

He also mentioned that this is also important to ensure transparency and accountability in procurement of medical equipment.

Abdul Hamid said, “The contributions of common people alongside parents and neighbours to taking you to this position are not negligible in any way.”

Mentioning that the cardiac disease is one of the major causes of deaths in Bangladesh and it is increasing day by day, the President said adding that it is important to make people aware about the causes of the disease and its prevention.

He also stressed the need for focusing on prevention as the treatment of heart disease is very expensive.

The President extended his sincere thanks to all guest speakers and faculties who attended the conference and made it a success.

He said the deliberations in Bangla Cardio-2019 will be an excellent opportunity for the cardiologists and cardiac surgeons from home and abroad to exchange their views and experiences on recent advancement in Cardiovascular Sciences.

“It’ll definitely play a unique role in future development of cardiac care facilities in the country and create mass awareness in prevention of this dreadful disease,” he added.

Secretaries concerned to the President were also present.