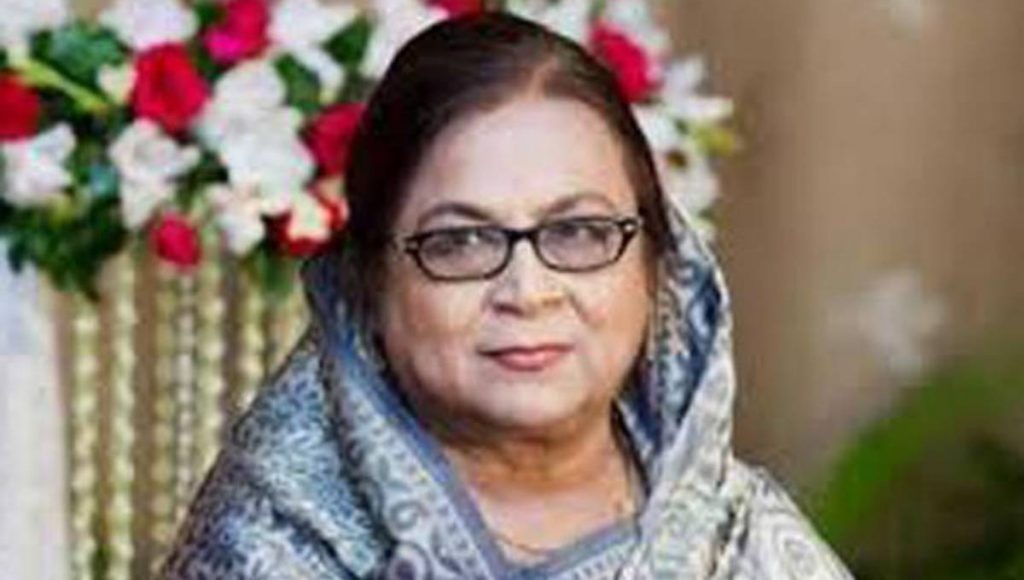 Dhaka, July 12 (UNB) – BNP standing committee member Selima Rahman on Friday alleged that rape and other crimes have marked a sharp rise in the country for lack of enforcement of law since the government is regulating the judiciary.

“The incidents of rape have turned acute as the government has completely shattered the judiciary. From a child to an octogenarian is not getting rid of it. Children now have no security,” she said.

The BNP leader further said, “Criminal acts are growing for lack of an independent judiciary, and justice. No judge can now deliver verdict neutrally since the judiciary is now being controlled by the Prime Minister’s Office.”

Selima made the remarks while speaking at the council of Bangladesh Chhatra Mission, the student body of Labour Party, at the Jatiya Press Club.

She said a Pabna court recently gave an ‘absurd’ verdict sentencing nine people to death and jailing 25 others for life in a case over an incident happened 25 years back.

“The court gave capital punishment for an incident where even no one was injured. Who will we trust? We count on judges for justice, but what is going on in the name of trial?” the BNP leader questioned.

She alleged that the government is imposing a big burden of tax and VAT on people and cutting their pockets by hiking the gas price.

Selima criticised Prime Minister Sheikh Hasina for her comment that gas tariff has been increased for the sake of country’s development, saying the government must ensure the security of people and their welfare.

“We also want the country to be developed. But people’s development can’t be left for infrastructural development,” she observed.

The BNP leader said it is the responsibility of the state to ensure people’s fundamental rights like food, clothing, shelter and security. “The government is indifferent to people’s these rights since it has been in power without people’s mandate.”

Selima came down hard on Awami League general secretary Obaidul Quader for asking BNP to free Khaleda through a movement if the party is brave enough. “Such tall talks don’t suit you. You wouldn’t have arranged the national election at the night of December 29 had you been so much courageous.”

She alleged that the ruling party leaders are making unguarded remarks as they have got isolated from people.

The BNP leader also accused the government of trying to kill ailing Khaleda Zia in jail as it fears her popularity.

She called upon the people of all walks of life to get united to have Khaleda freed from jail though a strong movement.