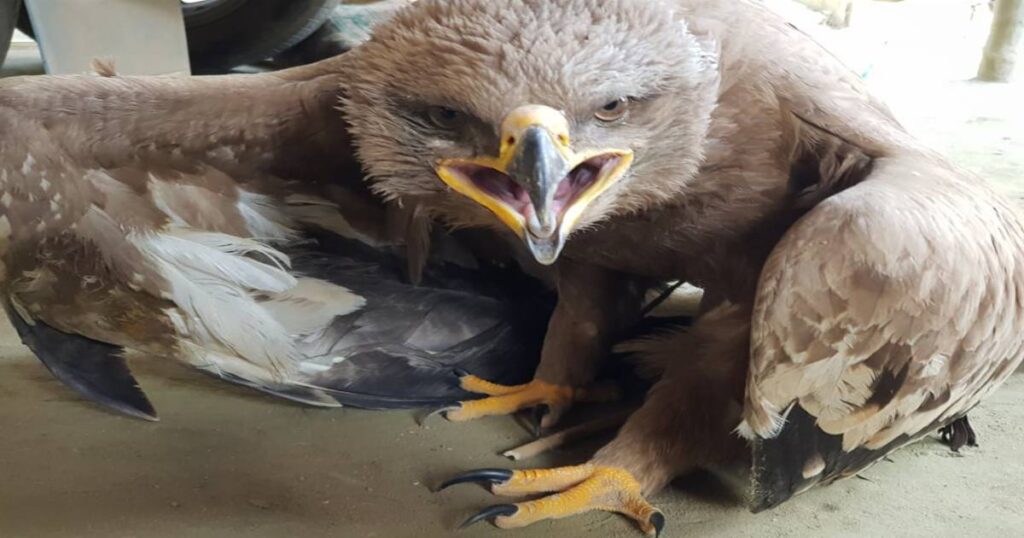 Panchagarh, Feb 07 – A rare eagle has been rescued from Dhangram in Boda Upazila after it reportedly took toxic food.
Photographer Firoz Al Saba of Atwari Upazila, who works for wildlife, is now taking care of the eagle at his house. The bird will be released after treatment. Anwarul Islam, forest officer of Debiganj Forest Range Office, said locals caught the eagle on February 4.
It was taken to Boda Upazila livestock hospital for treatment. The bird had eaten toxic foods.
Dinajpur Forest Officer Abdur Rahman said the Steppe Eagle is an endangered species. It can be found in India and Bhutan. – UNB