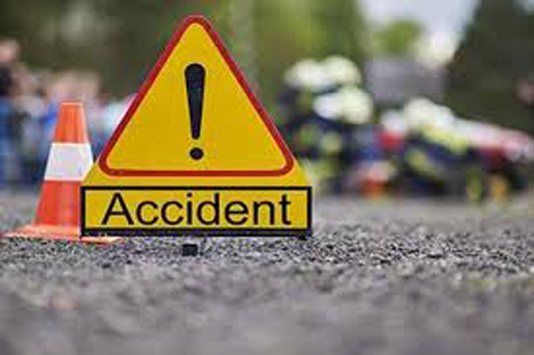 Eight people were killed and several others injured in separate road accidents in Cumilla, Rajshahi, Manikganj and Moulvibazar districts on Saturday. In Cumilla, three bus passengers were killed and 15 others injured as a bus plunged into a roadside ditch at Zinglatoli in Daudkandi upazila on Saturday morning.
The victims were identified as Shafiqul Islam, Shahin Mullah and Ramjan Ali.
Abdullah Al Mamun, officer-in-charge of Daudkandi Highway Police Station, said the accident took place around 7:45am when the Dhaka-bound Khadiza VIP Paribahan bus bus skidded off the road and fell into the roadside ditch, leaving the trio dead on the spot and 15 others injured.
In Rajshahi, three people were killed and five others injured as a private car hit a roadside tree at Kadirpur in Godagari upazila at noon.
The identities of the deceased couldn’t be known yet.
The accident took place in the area around 12 pm when they were going to attend a marriage ceremony, said Khairul Islam, officer-in-charge of Godagari Police Station.
In Manikganj, a motorcyclist was killed as a bus hit his vehicle on Dhaka-Aricha highway in Folsatia bus stand area in Shivalaya upazila on Saturday morning.
The deceased was identified as Masud Rana Jibon, 25, son of Safiqul Islam of Kokchabadha village in Sadar upazila and a supervisor of Bkash.
Basudeb Sinha, in-charge of Barangail Highway Police, said that the accident took place around 10:30 am when the ‘Nilachal Paribahan’ bus hit Jibon’s motorcycle, leaving him dead on the spot.
Police seized the bus but its driver managed to flee.
In Moulvibazar, another motorcyclist was killed as an unknown vehicle hit him at Manikbabur field area in Kulaura upazila.
The deceased was identified as Saifur Rahman, 35, son of late Mahmud Ali of the upazila. He was a salesman of Abul Khair Group.
Yeardousi Hasan, officer-in-charge of Kulaura Police Station, said Saifur was going to the district headquarter for his official work.
The accident took place as an unknown vehicle hit his motorcycle in the area around 9:30 am, leaving him dead on the spot.
On information, police recovered the body and sent to Moulvibazar Sadar Hospital for autopsy, the OC added, reports UNB.