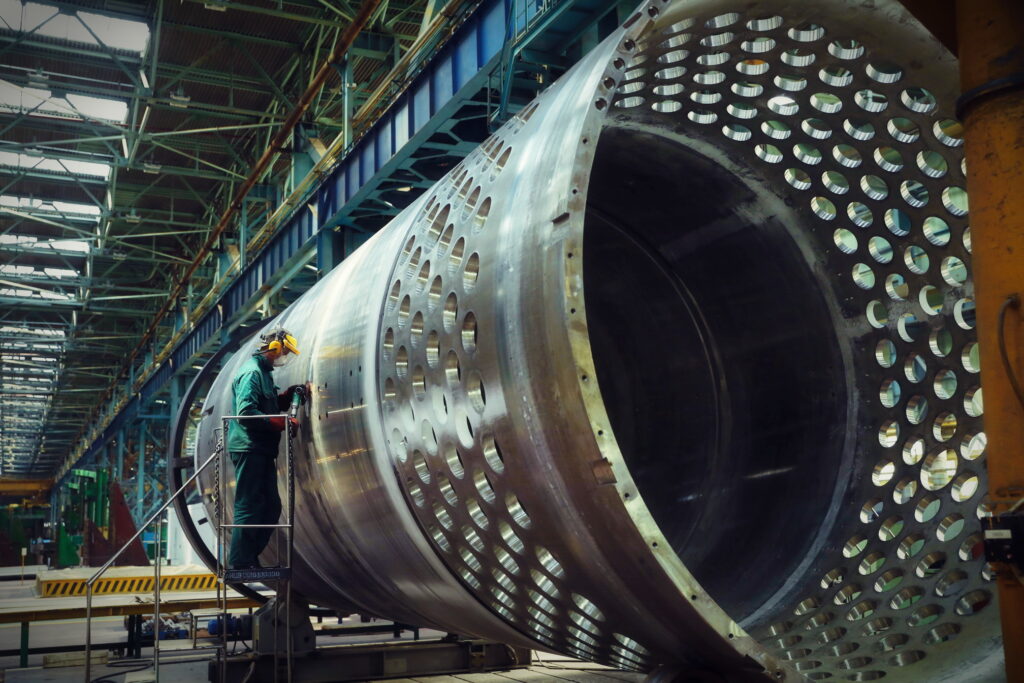 Manufacture of Reactor Pressure Vessel (RPV) for unit-1 of Rooppur Nuclear Power Plant has recorded further development as the production of Core Barrel has been completed at the Volgodonsk Branch of AEM-technology in Russia. Core Barrel is one of the three main elements of the RPV Internals. Core Barrel itself is 11 meters high and 63 tons in weight consists of six Shells. At the upper part of the Core Barrel, there are 238 holes of 196 mm diameter and two holes of 300mm diameter. The holes are arranged in six rows along the perimeter of the Shell and intended for coolant exit. There are also 1344 holes with different diameters at the bottom. They are intended for Supports’ installation and protect the fuel assemblies from being injected with small mechanical particles.
The next important stage is the installation of the Grid and Support elements. After the Grid and Support elements are installed, the test assembly of Core Barrel with the Baffle and Protective Tube Unit will be carried out.
AEM-technology is part of Atomenergomash, machine building division Russia’s state atomic energy corporation- Rosatom. Atomenergomash is the sole manufacturer and supplier of all equipment for Reactor Compartments and a major part of equipment for Turbine Islands in both the units of Rooppur Nuclear Power Plant. – Press release