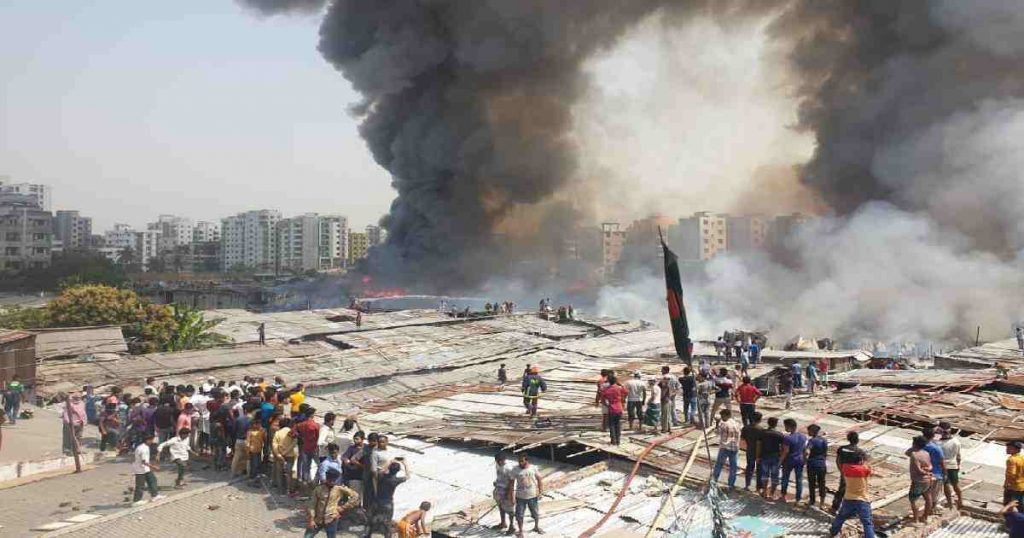 The massive fire which broke out at Rupnagar Slum in the city’s Mirpur area on Wednesday morning has been brought under control after around three hours.Russel Shikder, duty officer at the Fire Service and Civil Defence central control room, said the fire was brought under control around 12:30pm.
Witnesses said over 100 shanties were gutted in the devastating fire.
The fire originated at a shanty of the slum around 9:45am.
On information, 22 firefighting units rushed in and they along with locals worked for almost three hours to bring the fire under control.
Talking to reporters at the spot, Lt Col Zillur Rahman, director (operations and maintenance) of Fire Service and Civil Defence headquarters, said they were yet to ascertain the reason behind the fire.
He, however, identified three primary reasons — short circuit due to illegal power connection, gas leakage and use of gas cylinder, saying the actual reason can be known after investigation.
A four-member probe body was also formed to look into the fire incident and the committee was asked to submit its report within 10 days, Zillur said.
Meanwhile, local MP Elias Mollah said some 2,000 shanties were located in the slum and most of them were gutted in the massive fire.
A total of 20,000 people used to live in the slum, he said, reports UNB.