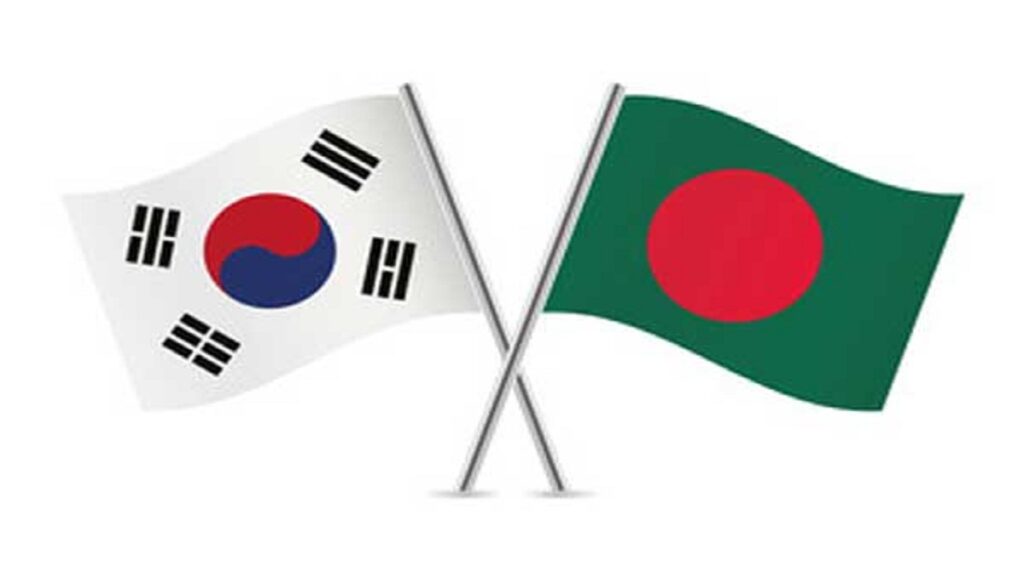 South Korea has expressed their interest to invest in the development of Bangladesh’s shipping sector, especially in the establishment of Chittagong Port’s Bay-terminal and Liquefied Natural Gas (LNG) terminal.
The country has informed Bangladesh about their interest in these sectors during a meeting between Bangladesh’s state minister for shipping Khalid Mahmud Chowdhury and South Korea’s ocean and fisheries minister Moon Seong-hyeok at Seoul’s Glad Hotel on Thursday.
The two countries have discussed several issues and interests on each other, and also covered issues such as Bangladesh’s Blue Biotechnology, tidal energy, woman safety, training in maritime sector, jobs for mariners and ship-building.
Abida Islam, Bangladesh’s high commissioner in South Korea, along with Chittagong Port Authority chairman Rear Admiral Zulfiqar Aziz, joint-chief of Bangladesh’s ministry of shipping Rafique Ahmed Siddique, joint secretary Md Muhidul Islam and senior information officer Md Jahangir Alam Khan were present in the meeting- while the director general of Korea’s ocean and fisheries ministry Kim Seong-bum with the director Chang Ki-uk, attended the meeting on behalf of Korea.
State minister said, Bangladesh is a land of immense opportunity with a huge population. It has skilled manpower in the water-transportation sector. It is a big market in the commercial sector, as well. Mentioning South Korea as a good and age-old friend of the country, the minister invited South Korea to invest more in the water-transportation and fisheries sectors in Bangladesh.
State minister visited ‘Busan Port’ on 28th August, which is Korea’s largest port.
Previously, a memorandum was signed in Dhaka on 1st April between Bangladesh and Korean Republic, to maximize the dual development in both countries’ port areas.
Korea has also expressed its interest on building the ‘deep water container terminal’ and offered to train, manage and direct any of the four new marine academies recently inaugurated in Bangladesh.
The state minister is leading a five-member delegation expected to return on 30th August, reports AP, Seoul , South Korea.