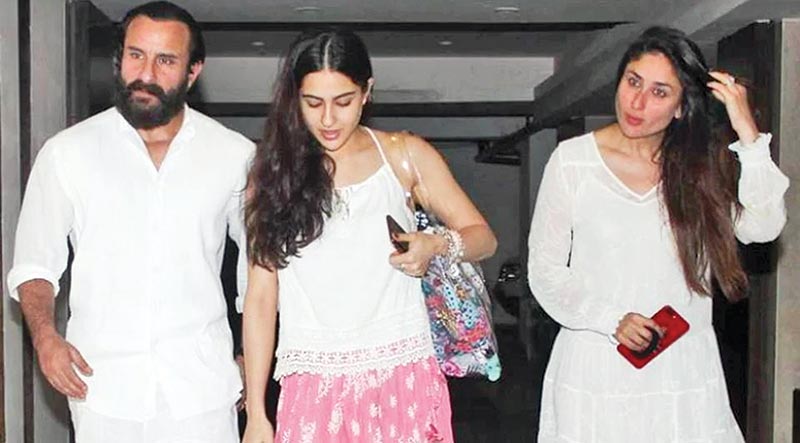 Bollywood star Saif Ali Khan is all set to return in the digital space with the second season of the Netflix show Sacred Games. The first season of the show, as well as Saif’s role of Inspector Sartaj Singh, received overwhelming response from all quarters. Saif, however, doubts if his wife, actor Kareena Kapoor, and daughter, actor Sara Ali Khan, have watched the show yet.
“I doubt if either of them (has) watched the show (in the) the way the audience did,” Saif revealed, during an interaction with the media in between shooting for the show. “I have received feedback from people who religiously watch the show and some of them revisited it and loved it. However, I do not think back home, either of them have watched it because I didn’t get any feedback!” he added.
“That is ok. We did not make the series to show it to them (his family), but (to) the audience. I am glad that the first season is well-received, and I know that the second season is power-packed.” he added. He says the cleverest thing he has done in his career is making foray into the digital world. “Here (in digital medium) there is a difference in pace, tone and even with acting, like they try to bring it down a bit. You have to trust the camera that the emotion will be captured correctly if you feel it within.
“The approach is different, sometimes a Gaiety (single-screen theatre) crowd, although it is changing, might feel that you are not doing anything but you are. They (films and web) are both different platforms. I am platform agnostic now. It is the cleverest thing I have been part of,” Saif told PTI in an interview.The second season of the show premieres on August 15. Apart from Sacred Games, the actor has films such as Lal Kaptaan and Jawaani Janeman coming up, reports Saif Ali Khan doubts if daughter Sara Ali Khan, wife Kareena Kapoor have watched Sacred Games, reports Hindustan Times.