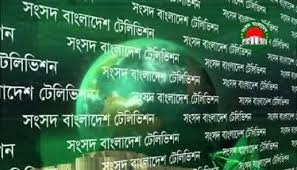 Campus Reporter
State-run Sangsad Bangladesh Television started airing lessons for students of class VI to class IX from yesterday as all educational institutions remain shut in the wake of novel coronavirus outbreak.The classes began at 9:00am and continued till 12:00pm while those were broadcast again from 2pm to 5pm. This routine will be followed everyday from Sunday to Thursday.
In view of the current situation of coronovirus outbreak, the government has extended the closure of educational institutions till April 9.
Earlier, on Saturday, the Directorate of Secondary and Higher Education (DSHE) initially published a five-day class routine on its website for the television lesson programme named ‘My School at My Home’.
According to the routine, everyday two 20-minute classes of each grade will be aired on the television between 9.05 am and 12 noon.
Classes of VI grade students will be held between 9.05 and 9.45am, VII from 9.50 am to 10.30am, VIII from 10.35am to 11.15am and IX from 11.20 to 12 noon.
Routines of next days will be published on April 1.
Besides, the directorate urged the schools authorities to email the lists of skilled teachers by March 30 for recording classes for X grade students.