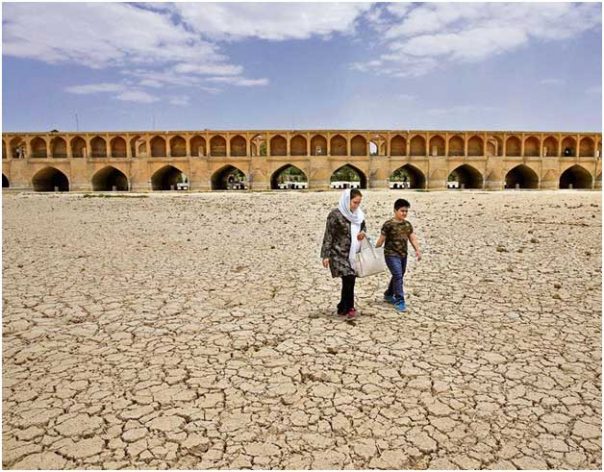 LONDON, May 13 2019 (IPS) – The Intergovernmental Platform on Biodiversity and Ecosystem Services’ report on the global state of biodiversity is shocking but not entirely surprising. The question is, how much more evidence and repeated warnings will it take for governments, companies and financial institutions to wake up to the urgency and act?

The accelerating destruction of nature and climate change are the twin emergencies threatening humanity today. There is no more time for inaction or delay ― the report’s findings are loud and clear.

The report lays out the scale of the unfolding crisis. Around one million animal and plant species are threatened with extinction, many within decades. Three-quarters of the land-based environment and about two-thirds of the marine environment have been significantly altered by human actions.

With new areas such as the high seas and Arctic increasingly accessible due to technological developments and climate change, this will increase if urgent and effective action is not taken.

We are all dependent on the rich diversity of nature for our quality of life – and ultimately for our survival. But our actions, from over-fishing to the pursuit of monocrops and the destruction of natural forests, are undermining the complex natural world at an unprecedented rate.

This is everybody’s problem. For years, the issue of biodiversity and its fate have been treated as niche subjects. But without stopping the acceleration of its destruction, none of the environmental and development challenges – from tackling climate change and upholding the Paris Agreement to achieving the UN Sustainable Development Goals – can be achieved.

Radical, comprehensive changes are needed to save the diversity of life on which we all depend. The climate crisis amplifies the threat to global biodiversity in multiple ways.

The accelerating die-back of coral reefs due to rising ocean temperatures is a striking example. Acting with urgency to get to net zero greenhouse gas emissions as soon as possible is absolutely key to protecting nature and people alike.

Governments must act immediately to end the destructive subsidies, including for fossil fuels and industrial fishing and agriculture, which are driving us towards ecological collapse. These encourage the plundering of the land and ocean at the expense of a clean, healthy and diverse environment on which billions of women, children and men depend now and in the future.

The money saved should be used to support sustainable industries that provide livelihoods for men and women living in poverty, such as small-scale fisheries and give incentives for the preservation of the natural world on a global scale.

Such resources could be used to support a green jobs guarantee whereby people can be supported to work on both the energy transition and on maintaining landscapes that are carbon and biodiversity-rich, safeguard key habitats, and provide the multiple benefits to human society that come from healthy ecosystems.

Importantly, the report highlights the key role that indigenous peoples and local communities’ play in the fight to save nature. Although biodiversity is declining in their areas due to land being under increasing pressure from extractive industries, infrastructure development and agriculture, it is declining more slowly, reflecting the valuable role they play in the stewardship of the natural world.

It is imperative that greater attention is given to strengthening indigenous and local communities’ rights to manage their land and resources sustainably. They must be able to play an active part in all efforts to conserve biodiversity, while their right to use nature is protected.

People who are living in poverty are being disproportionately hit by the destruction of nature, which as the report shows, is accelerating faster than at any other time in human history. From rural women in poor countries who have the responsibility to gather wood for fuel, to people in informal settlements who are becoming more vulnerable to storm damage due to the loss of such natural barriers as mangroves, poverty goes hand-in-hand with precarious lives that are extremely vulnerable to ecological collapse.

It is crucial the progress that has been made in development is not undone by the interconnected crises of biodiversity loss and climate change.

The contribution that diverse nature and natural ecological systems make to development ― for both rich and poor ― needs to be included in economic decisions made by governments and business. Without it, development gains will increasingly be lost and ultimately, the foundations of our economies and societies will be threatened.