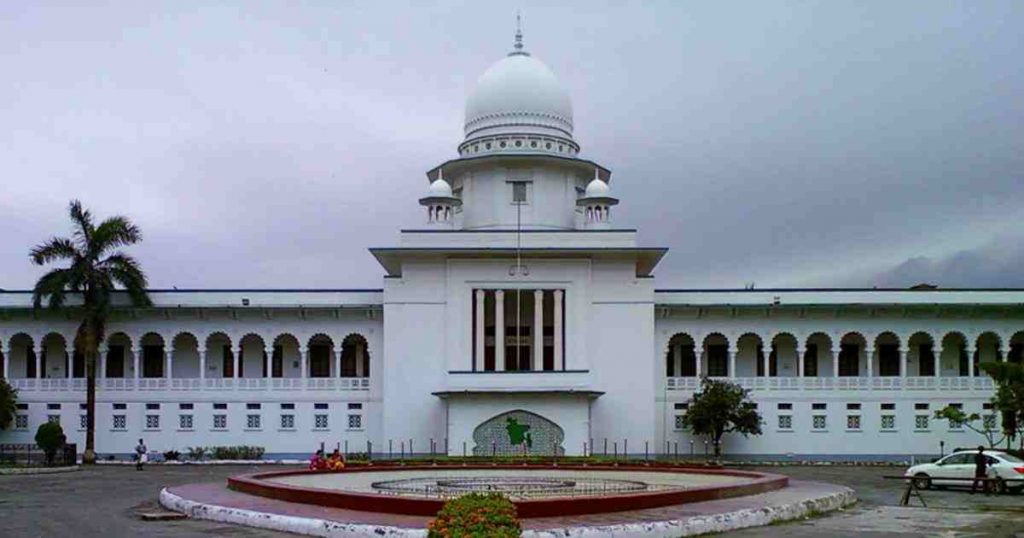 The Appellate Division on Thursday summoned Dhaka Women and Children Repression Prevention Tribunal judge Ms Begum Kamrun Nahar for granting bail to a rape accused.Earlier, the Appellate division stayed the bail of rape accused Aslam Shikder.
A seven-member bench led by chief justice Syed Mahmud Hossain asked the judge to appear before the court on April 2 with an explanation.
The court also cancelled the tribunal’s order granting him bail.
The SC also asked Aslam to surrender before a subordinate court within two weeks.
According to the case statement, a case was filed with Hatirjheel Police Station against ATN Bangla program producer Aslam Shikder on September, 13, 2018 for raping a woman.
Then police arrested him and he was landed in jail.
The High Court granted him bail on June 18 last year which was stayed by the Chamber Judge following a petition filed by state counsel.
On March 2, judge Kamrun Nahar of Dhaka Women and Children Repression Prevention Tribunal-7, granted him bail.
Attorney general Mahbubey Alam brought the issue to the notice of the court today.
Terming the tribunal’s order as tantamount to contempt of court, the AG said there is no scope to grant any accused bail this way, reports UNB.